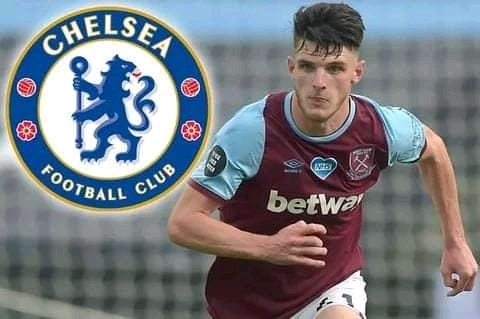 West Ham United are looking to fend off offer from Chelsea for Declan Rice as they look to extend his contract with pay rise, MySportDab reports.

Chelsea has been eager to complete a move for their former Academy player who is now valued at £80 million. 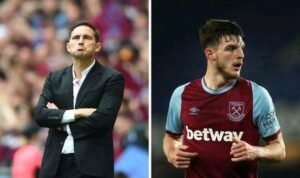 West Ham United who refused to sell for any price less than what they requested, they are now looking to extend his contract.

The Blues who made the last minute bid of £45 million for the defender who also plays the midfield.

The bid was rejected as they failed to sign Declan Rice before the transfer window closed on the 5th.

West Ham is ready to double Declan Rice’s wages and tie him to a new contract, according to claims by The Sun.

With the England international having been heavily linked with Chelsea but the move wasn’t completed.

The Hammers are now preparing a £120,000-a-week offer for the midfielder who they want to remain with them. 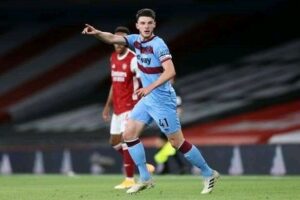 If the contract is agreed upon and signed, it will be hard for Chelsea to seal the move as his price will increase.

All hope is not lost for Declan Rice to move back to Stamford Bridge, a place where he started his footballing career. 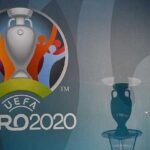 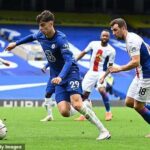