Manchester United have scored in today’s Premier League match against Sheffield United and MySportDab has provided you everything you need to know.

Anthony Martial Scored the goal with a clean strike to give United the advantage in the 7th minute.

Martial has scored again in the 44th minute to make it 2-0 for Manchester United before half-time.

This is the first match in which January signing Bruno Fernandes and Paul Pogba would start a Premier League game together. 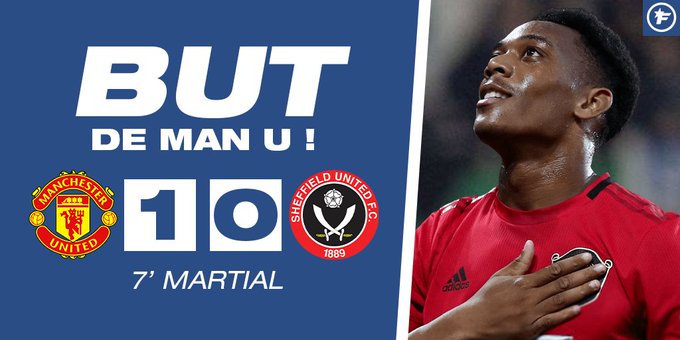 A win after full-time in today’s match against Sheffield United would move United two points behind Chelsea.

Chelsea play Manchester City next on Thursday so that’s some hope for the United fan base.

Let the video load be patient no rush.