Borussia Dortmund have increased their lead to 2-0 thanks to a goal from Achraf Hakimi and Jadon Sancho provided the assist, MySportDab reports.

Jadon Sancho only came on a few moments into the second half before setting up the goal. 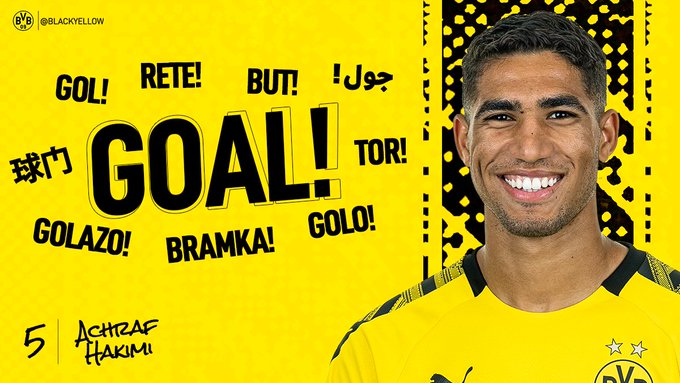 Jadon Sancho drives into the edge of the penalty area before setting up Hakimi with a goal scoring chance.

Hakimi made no mistake and scored into the far corner.