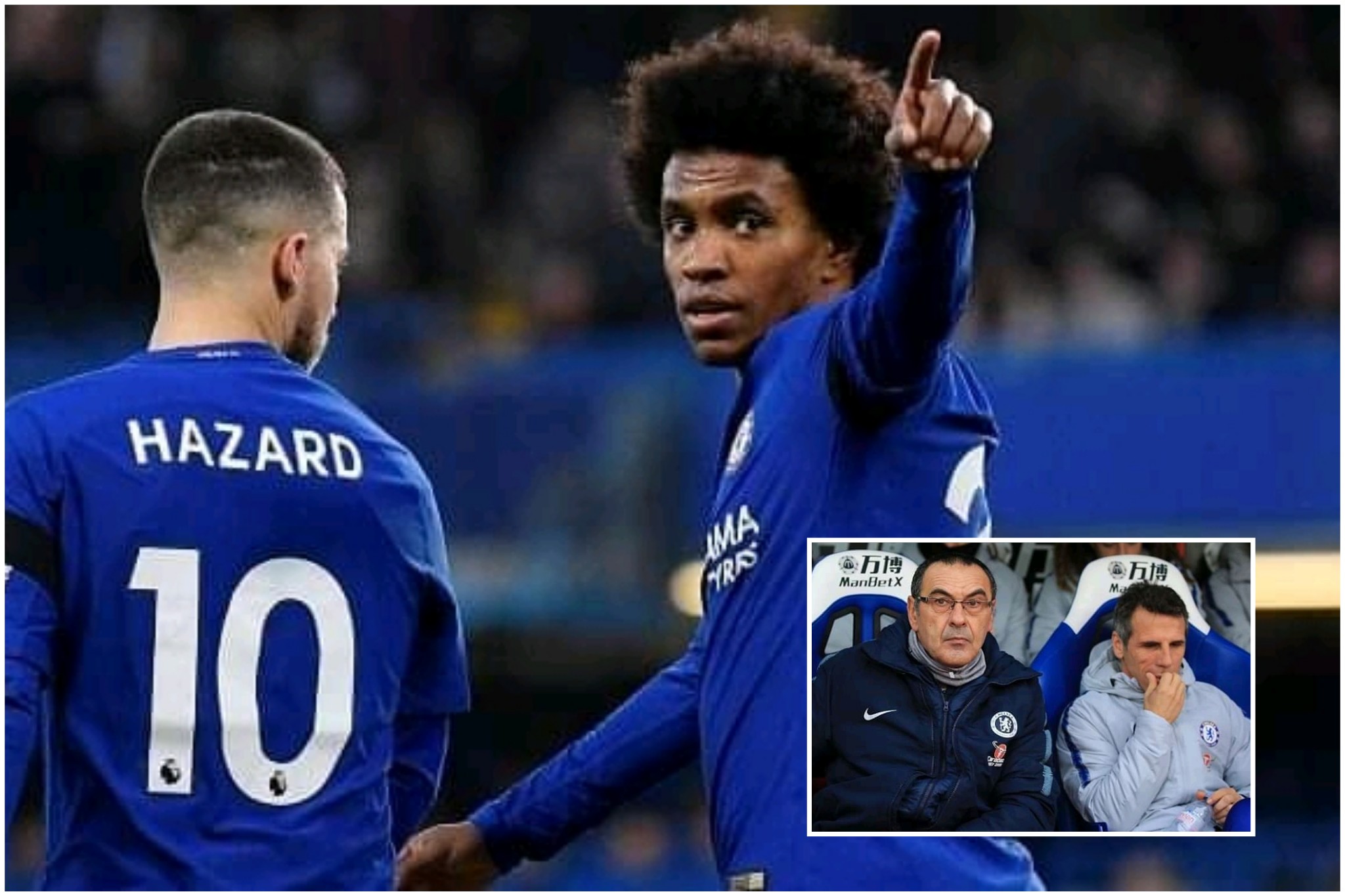 Hazard and Willian “were suffering” under Maurizio Sarri at Chelsea, says Gianfranco Zola.

He added that the Italian manager’s tactics alienated a prized duo last season.

Sarri  replaced Antonio Conte in the Stamford Bridge following the 2017-18 season, which saw the Blues finish 5th in Premier League. 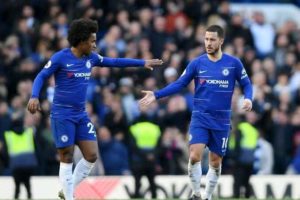 The former Napoli coach arrived in England after which he solidified during his first few months in west London as Chelsea embarked on a winning run.

However, results turned bad over the Christmas period, and Sarri’s men ultimately slipped out of the title race at the start of 2019.

After a 6-0 humilation at the hands of Manchester City marking the lowest point of his reign and club’s history.

Chelsea managed a place in the top three and won the Europa League after beating Arsenal in the final.

Sarri opted to return to his homeland with Juventus last summer instead of finishing his three year contract with Chelsea.

Hazard also headed for Real Madrid, after producing his best season yet for the Blues scoring goals and assists.

However, Zola has revealed that he and Willian found it hard to get grips with Sarri’s methods on the training pitch.

“They were talented players, like Hazard and Willian, players who know how to win games on their own.

Both were suffering from the type of exercises and type of training we were doing but it was necessary for the others.

“I’ll be honest, they were brilliant because they got bored, but they kept doing it throughout and that was the reason why when everyone was dropping we were going up towards the end.”

The Chelsea legend went on to admit that Sarri’s tedious approach ended up taking its toll on the entire group.

Zola also insists he always believed in the process having learned the value of repetition during his own playing career.

“At the beginning, the players were very much behind everything that we were saying, they were brilliant,” Zola added.

“They were following everything, but then as the weeks passed due to the repetition and the amount of games they were playing, the players got tired and they also got bored in a way. 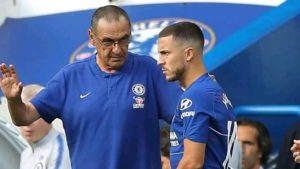 “But boring is part of our job. Sometimes you need to get bored but when you get bored you persist in what you’re doing and you get better.

“I remember that when I was learning to play football, kicking a ball for example, I used to do it 300-400 times a day at least.

“There were moments when I got tired but I needed to do it repeatedly because if I wanted it to become a part of me, this was the process I needed to go through.” 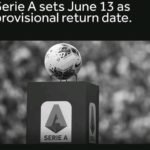 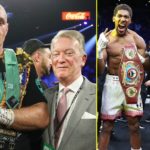