Liverpool are reportedly planning a surprise swoop for Real Madrid midfielder Eduardo Camavinga just a few months after he joined the club.

The 19-year-old was a £34million summer signing from Rennes but has barely featured in Carlo Ancelotti’s first team plans this term.

Although the France international scored on his LaLiga debut after coming on as a substitute in the win over Celta Vigo, he has had his minutes limited at the club.

With Madrid currently comfortably top of the table by eight points, Camavinga is struggling to get an opportunity ahead of more experienced stars including Toni Kroos, Luka Modric and Casemiro. 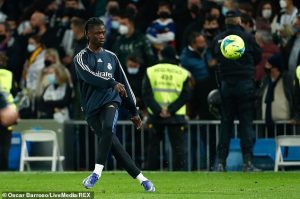 The midfielder is also frustrated after Carlo Ancelotti chose Federico Valverde over him in their draw against Cadiz.

Although it will be likely any January departure would only be a loan move, the reports also suggests Liverpool have emerged as surprise contenders to rescue him from his Madrid nightmare.

Jurgen Klopp has shown interest in the midfielder in the past and in a fixture packed second half of the season on the cards, will be keen to boost his side’s ranks. 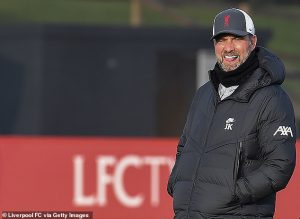 Although Camavinga has made 17 appearances this term, he has only made five league starts – playing just 489 minutes in the Spanish top flight.

His only second time of playing full 90 minutes came in the last match when Madrid beat Atletico Bilbao 2-1. 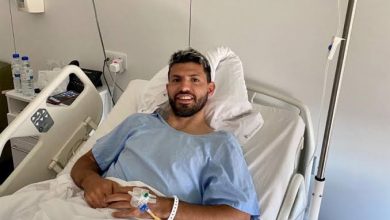 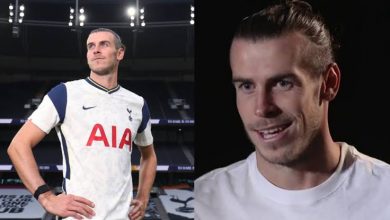