Chelsea are said not to be in talks to extend Jorginho contract despite reports of things pointing in that direction, MySportDab reports.

The Italy International has been suggested to be set for a new contract with Chelsea despite still on the last few months of his contract.

Jorginho is currently tied to Stamford Bridge until 2023 and the club are currently not holding talks to extend his contract beyond its expiring date. 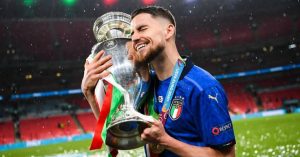 The midfielder has proved to be major part of Chelsea team helping them to European glory which he also did with his national team who won Euro 2020.

According to Fabrizio Romano, he confirmed the latest developments from the player and his club.

Jorginho’s agent João Santos: “We’re not in talks to extend the current deal with Chelsea.

“He’s still under contract until June 2023 – maybe we’ll open talks in the next months”, he said to TMW.

The midfielder might see off his contract and leave for free with no talks currently on going for a possible extension.

If a deal will be signed, Chelsea won’t be looking to go beyond a one year contract as they are known to offer players who already hit past the 30 year mark.

Recent development might also see the player make a move elsewhere during the summer window as there is no guarantee of him getting a long deal.

Jorginho last game against Manchester United saw him making a horrible mistake which led to the Red Devils scoring in the match which ended 1-1. 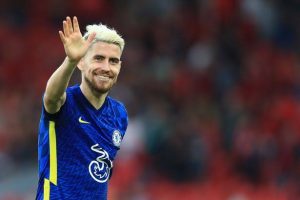 The midfielder scored from the penalty spot to hand the Blues a draw which could have seen them won the game with their missed opportunities.

Jorginho future with Chelsea remain uncertain as no contract talks is on the table for him to remain beyond 2023 which is the final year of his deal. 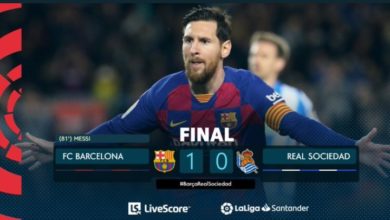