Arsenal are strongly interested in making a move for Achraf Hakimi and they will be submitting their bid forward to Inter Milan, MySportDab reports.

The former Real Madrid defender completed a move to Inter Milan after a successful loan with Borussia Dortmund. 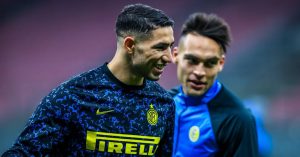 Arsenal are now set to submit a bid to sign the Moroccan who was once shortlisted by Chelsea as a target.

The Gunners haven’t had a good season when it comes to their Premier League form as they were thrashed by Liverpool 3-0.

Gunners set to formalise interest in Inter Milan star who has been fantastic this season.

Arsenal are planning to submit an offer for Inter defender Achraf Hakimi – according to reports from AS.

The Gunners are looking at the 22-year-old as a possible replacement for Hector Bellerin, who has been linked with a move to Barcelona.

Inter may be willing to sell Hakimi if they receive a bid within the region of €50 million (£43m/$59m) this summer.

A move looks likely to happen but only if a fee can be agreed which is something of a concern for the London club. 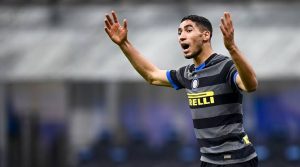 Arsenal are also buying into the idea of making Odegaard and Dani Ceballos deals permanent with them currently on loan from Real Madrid.

Although they will be facing much competition for the Norwegian who will also be sold for £50 million.