Louis van Gaal has slammed Manchester United’s transfer strategy during his time at the club.

A club that boasted an annual turnover of £600 million failing to land any of the targets he asked for. 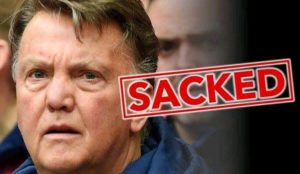 The Dutch coach was signed by Man United in the summer of 2014, with the Red Devils after failed David Moyes experiment.

Van Gaal would spend two seasons in English football before being sacked to make way for Jose Mourinho.

He did bow out after FA Cup triumph, but frustrated many with his style of football at Old Trafford.

Van Gaal claims struggles to rekindle a spark at United were not entirely his fault, with little assistance offered to him.

Having inherited an ageing squad, Van Gaal was eager to freshen up his ranks with a number of exciting new recruits.

He was prevented from doing that by the board members, with more expected from a club with a rich history and more than enough money in the bank.

Van Gaal told Voetbal International of his frustrations, with the Red Devils forced to pay over the odds for those way down their wish list.

“Man United did not have the qualities to become champions and had an outdated selection with 10 players over 30, five over 35.

“So I told them I was going to rejuvenate and which players should come and I didn’t get one of those.

“Then you end up in a different segment and as a coach you have to push your boundaries.

You don’t expect that at the richest club in the world.

“A turnover of £600 million and can’t buy the players you need.

You should buy number one and not number seven.

“Of course, the selling club also thinks: ‘If you are so rich, you also have to pay the highest amount imaginable for a player’.

That was what happened with transfers.

“Then you have to do with the numbers seven or eight on your wish list.

For which you actually pay way too much money, on which the coach is judged and convicted.”

While disappointed at how things played out at United, and the manner in which he was dumped for an outspoken Mourinho. 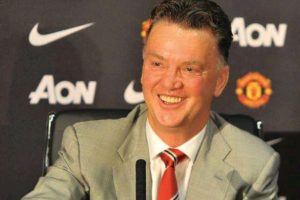 Van Gaal is proud of the fact that he was able to deliver major silverware in the most testing of circumstances.

He added: “I am an optimist.

You have to disappoint me more than once if I want to close the door.

Everyone gets a second chance with me.

“Despite those disappointments, Man United did win the FA Cup.

Man United has actually been the greatest achievement of my career.”

Arsenal Left Their Soul At Highbury Stadium Since 2006 – Arsené Wenger