Belgium have crashed out of the World Cup after being held by Croatia to a goalless draw, with Croatia qualifying for the round of 16, MySportDab reports.

Croatia grabbed the game as it began and nearly pulled a surprise just after 10 seconds after Luka Modric floated a pass to Perisic, who fired wide off the crossbar. 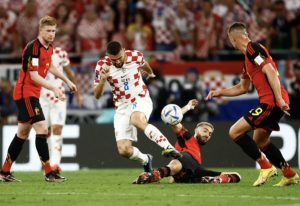 Croatia held sway on the ball for the first seven minutes of the game and attempted to find an early goal without a breakthrough.

Thanks to a solid Belgium defense, who brilliantly stopped the Croats from advancing into the box.

After seven minutes, Belgium took dominance of the game and made frantic efforts to find a goal.

They gave the Croats no chance as they dominated play and came across a series of chances.

The Roberto Martinez-led team nearly found their opening goal in the 13th minute after Kevin De Bruyne took to a counterattack and broke through the center of the Croatian backline.

He located Mertens, who had an opportunity to put the Belgians ahead but fired blank over the crossbar. 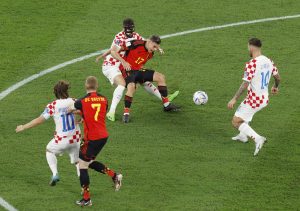 In the 15th minute, a scramble in the Belgium box was alleged to be a penalty but was ruled out after a VAR check.

The Croats retreated to their own half as Belgium continued to press for an opening, all to no avail, with the Croats’ backline stepping up their game to block shots and stop the Belgians in the box.

The first half ended with both sides going into the break goalless.

As the second half began, Roberto Martinez subbed off Mertens for Romelu Lukaku to keep up maximum momentum in the attack. 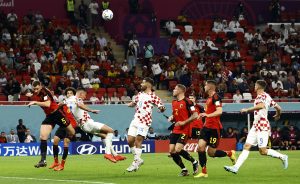 It was still Belgium dominating, with Croatia sitting back to defend, and waiting to catch their opponents on a  counterattack.

Belgium exhausted all substitutions being the likes of Thorgan Hazard, Doduk, Tielemans, but nothing still happened as Croatia held on.

With less than 10 minutes of regulation time, it was still goalless between the two sides, and Belgium were getting more offensive in search of a goal.

The game finally ended goalless, with Belgium crashing out of the World Cup. 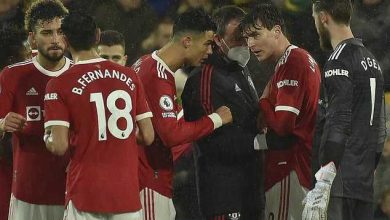 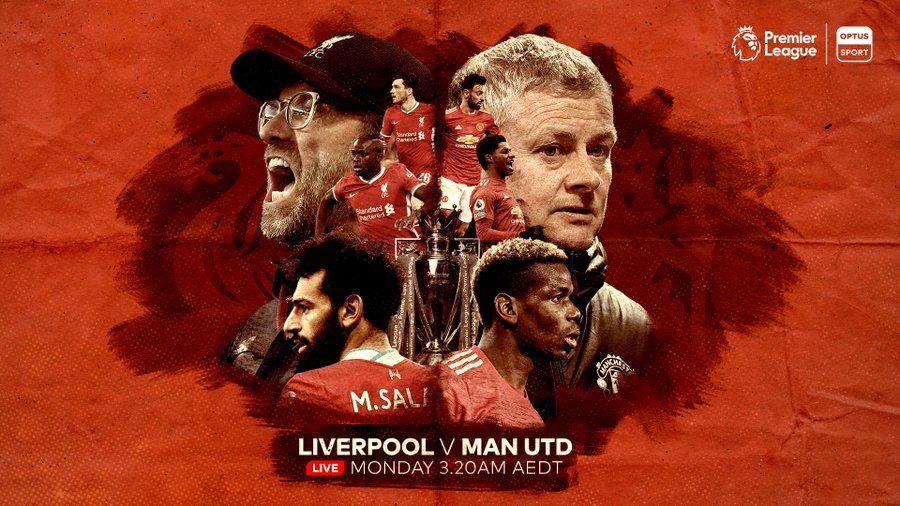