Australia have defeated Denmark 1-0 to qualify for the 2022 FIFA World Cup Round 16, MySportDab reports.

It was a thrilling first 45 minutes as Denmark looked set to dominate play and press for an early goal. 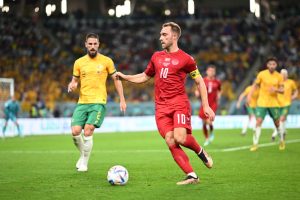 The Danish side gave their all and came across a series of chances but could not make it count, as Australia gave a good opposition.

The Australians failed to have their way going forward as they rarely escaped the overwhelming performance of Denmark.

It was still goalless as Denmark failed to make their dominance count and missed some chances in the Australian box.

As the game approached the final minutes of the first half, Denmark ramped up their attempts to find a first-half winner, all to no avail.

The first half ended with both sides going into the break with a barren draw.

Nothing changed as the second half of the encounter began, as Denmark still held sway over ball possession and were threatening going forward. 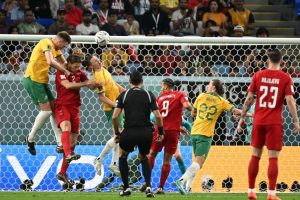 Australia sat back in their half to defend and relied on counterattacks to pose threats to the Australian defence.

The game remained goalless as the two sides failed to break the tie with an opening goal, but Denmark were still the better side, with a slew of chances.

Despite playing second fiddle to the Danish side, Australia took a surprise lead in the 60th minute with Leckie with the goal.

Despite heavy pressure from Denmark, Australia held on to win the game by a lone goal after the final whistle. 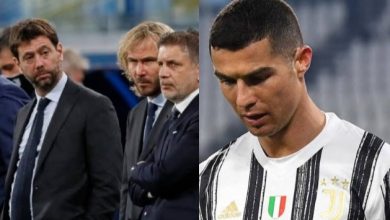 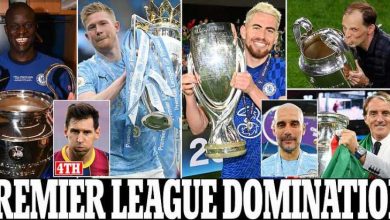 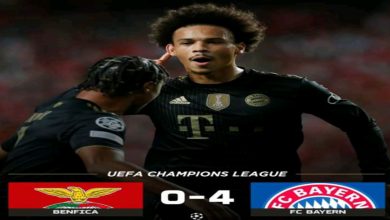