Manchester United suffered a heavy defeat in a highly-anticipated 188th Manchester Derby at the Etihad. For the first time this season, Cristiano Ronaldo was an unused substitute in the game, which saw Erling Haaland and Phil Foden secure hat-tricks each.

The first half was a rout, with the Red Devils going down by four unreplied goals as City continued their rampage.

Manchester United further went down, conceding six more goals in the second half as the Red Devils blundered with every step of the ball.

Marcus Rashford and Anthony Martial were able to find consolation goals for Manchester United, with Martial scoring a brace.

When asked why he benched the five times Ballon d’Or winner, Erik Ten Hag said he did so to respect Cristiano Ronaldo’s big career.

His position was refused by Roy Keane, who believed that he instead disrespected Ronaldo’s career by not using him in the derby match.

Meanwhile, according to Daily Times, Cristiano Ronaldo was left fuming for not being played in the game by Erik Ten Hag.

There are also reports that he has been dismayed by Erik Ten Hag’s tactics at Manchester United so far, which have not yielded consistent results. 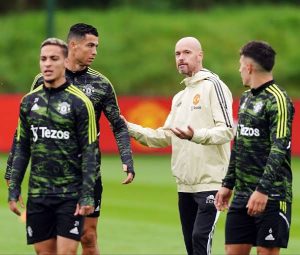 The 37-year-old also “complains about the nature and quality of training sessions” and is described as “often at loggerheads with the latest coach” (Source, Daily Times).

Ronaldo has started only one Premier League match this season for Manchester United and has scored only a Europa League goal for the team.

As things stand, the Portuguese will likely explore options for a January exit due to his lack of game time under Erik Ten Hag. 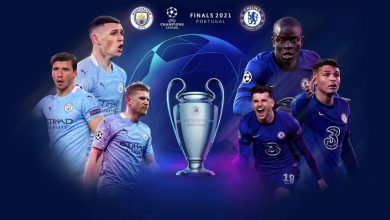