Tottenham demonstrated perfect and superb tactical superiority as they thrashed Eintracht Frankfurt in the Champions League at the London Stadium. 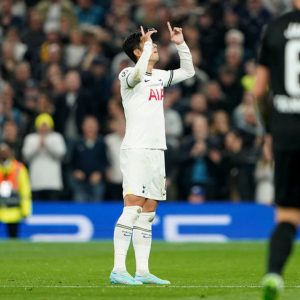 It was a four goals rout in the first half of the game, with the Lilywhites dramatically humbling their visitors.

Tottenham had gone to Germany in the first leg to secure a disappointing draw despite dominating possession.

Spurs used the first half to put the game beyond Eintracht Frankfurt completely.

Frankfurt opened a beehive to spark a rain of goals after surprisingly taking the lead in the 14th minute with Kamada’s goal.

Four minutes after the Eintracht Frankfurts goal, an assist by Harry Kane saw Son Heung-Min find an equaliser for Spurs.

It was Son Heung-Min in the 36th minute, who extended Tottenham’s lead after an assist from Hojbjerg to complete his brace.

With just 9 minutes to play in the first half, Tottenham has taken a surprise 3-1 lead.

The first half ended with the scoreline standing at 3-1 as the host hit the break with a commanding lead.

The second half was equally dramatic, with Spurs still dominating proceedings in the game. 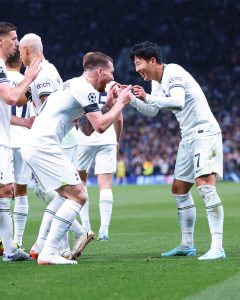 Eintracht Frankfurt were reduced to 10 men when Tuta saw a second yellow card in the 60th minute.

But it was a shocker that Frankfurt still put up a significant opposition, not conceding more goals despite playing with one man down.

They equally battled for possession against Tottenham but could not make their few chances in the game count.

Alidou finally found the back of the net for Frankfurt to take the score line to 3-2 despite having a man less than their hosts as the game finally ended in a 3-2 win for Tottenham. 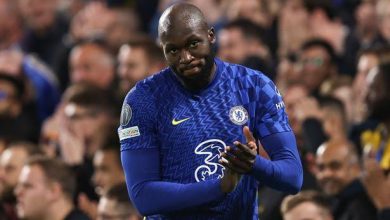 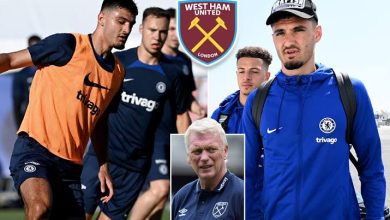 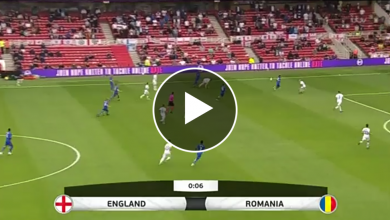