Germany dominated the game all through as they suppressed their visitors in every aspect of the game. 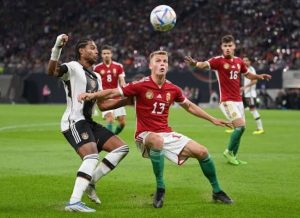 Hungary had retreated into the defense as the pressure mounted and were able to withstand the pressure as the game progressed.

Germany were to concede a shock gaol into the 17th minute, with Szalai giving the visitors the surprise lead.

Hungary has been the surprise team in the UEFA Nations League, with a 4-0 thumping of the 3-Lions in the group in a previous encounter.

Hungary successfully held the Germans to ransom as they hard into the second half of the game with their narrow 1-0 lead.

Germany increased their pressure on their visitors as the second half began with much effort from all team sections. 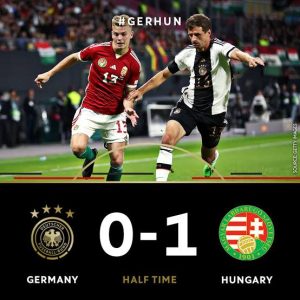 It was a heated encounter with the Germans creating some clear-cut chances but being unable to convert them.

Also, the Hungarian defense were on top of their game as thru fought hard to maintain their 1-0 lead.

It was certainly going to be a shock defeat for Germany and a tremendous and crucial victory for Hungary as the game nears its end.

It was sad and disappointing for the Germans as they finally  suffered a shocking 1-0 defeat to the hard-fighting Hungarians.

Germany takes on England in their next encounter, while Hungary will host Italy. 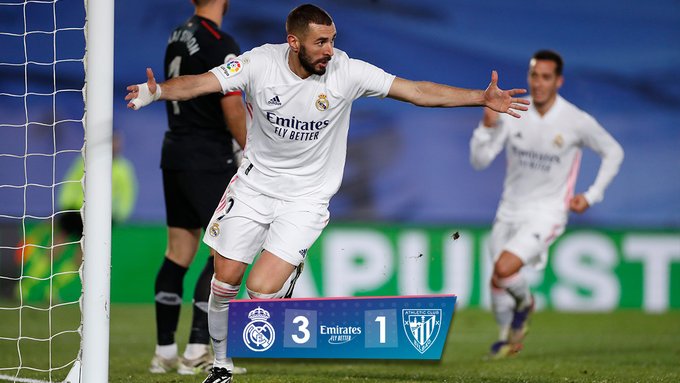 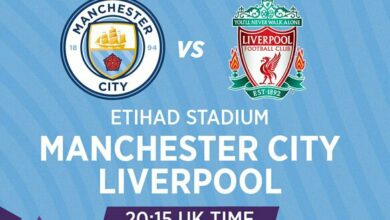