Chelsea Vs Tottenham rivalry had both Thomas Tuchel and Antonio Conte getting into a fight, MySportDab reports.

The game was heated, and both managers got into the action twice in the encounter, which saw them being booked.

It wasn’t an easy game for both teams who did so much as they ended up playing a 2-2 draw after 90 minutes of football.

The first fight heated up after Tottenham scored the leveler that made things 1-1 in the 68th minute, which Antonio Conte celebrated on the side of the Blues manager.

Things escalated immediately as both managers were held back from going after each other in a scene that wasn’t amicable.

After the separation, both managers were shown yellow cards each, and the game continued until Reece James scored to restore the lead.

Everything continued to progress until a late goal from Harry Kane, which saw the game end in the 90th minute plus additional time.

Both managers, who looked calm later, got into another heated argument which escalated again until it all ended with them getting a red card each.

The game between Chelsea Vs Tottenham was indeed a rivalry that wont is forgotten by the fans who enjoyed a great day of football plus entertainment.

😱🔥 Antonio Conte and Thomas Tuchel have to be pulled apart during Chelsea's feisty clash against Spurs.pic.twitter.com/2Fu5RgciyZ

Things got HEATED between Thomas Tuchel and Antonio Conte after a dramatic 2-2 draw between Chelsea and Tottenham. 👀pic.twitter.com/qmKs1cUfpk 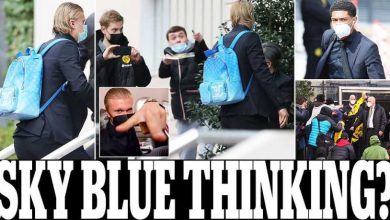 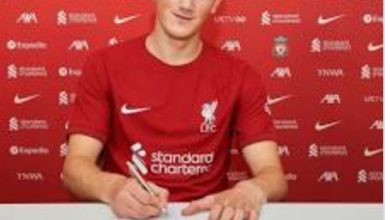