Romelu Lukaku scored on his debut as Inter Milan beat Lecce 1-2 in the Italia Serie A, MySportDab report.

The first half was solid coming from both teams, who did well enough going forward and did make sure something good happened.

It took Romelu Lukaku just 2 minutes to score the opening goal of the game after an incredible teamwork effort leading to an excellent finish coming from Belgian to make it 0-1 for Inter Milan. 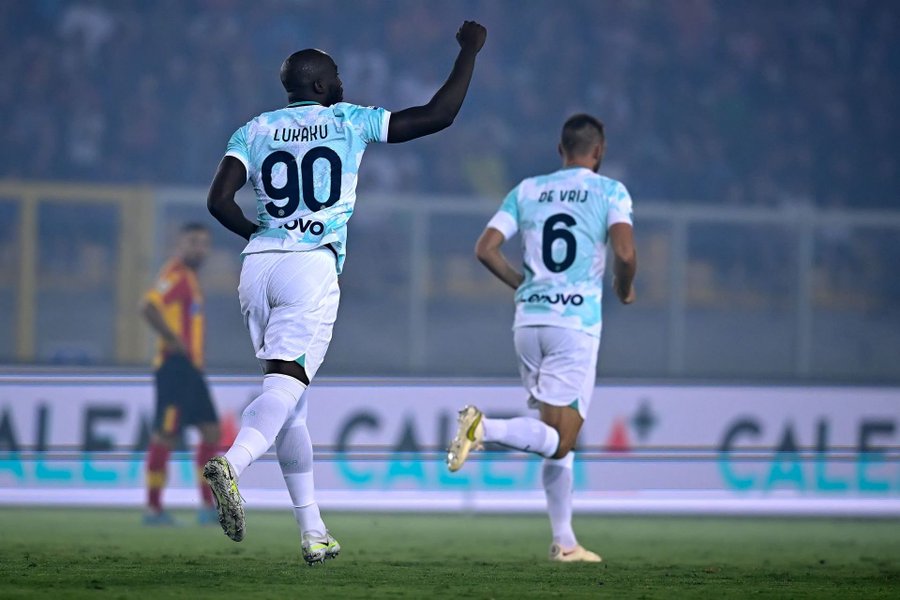 Lecce did well enough to make sure they kept things going despite going down very early, which was due to an error from their end, and they ended up paying for it at the end.

The game continued with both teams doing well enough going forward and defending, which saw things balanced between them, and nothing was able to come through.

The first half of the match ended with Lecce going down 0-1 against Inter Milan, who took a slender lead into the break thanks to a great goal from Romelu Lukaku.

Both teams had something good to celebrate in the match’s second half, in which they did everything possible to make sure a goal happened.

Lecce kept things calm as they pushed forward, hoping to make something happen, which luckily, in the 48th minute of the match, Assan Ceesay scored with a shocker that saw it turned 1-1.

Inter Milan were left with nothing more than to fight with everything they had to make sure they came back into the game after their lead was chopped off early in the second half.

Denzel Dumfries scored a very late goal in the 90th minute plus additional time, which gave them away a crucial lead 1-2 as they had just seconds left to end the game.

The match ended with Inter Milan getting a late winner that saw it finishing with them beating Lecce 1-2 after 90 minutes of football played between them for the day.