Manchester United signed Christian Eriksen as a free agent after the expiration of his contract with Brentford.

The Denmark international was spotted wearing United’s red kit on Tuesday in Carrington and had granted his first interview with the Man United website.

The former Tottenham player could be seen with another Man United new arrival Lisandro Martinez.

The Red Devils are reportedly set to announce Lisandro Martinez soon, who arrived from Ajax.

Eriksen officially signed as Man United’s new acquisition on July 15 after agreeing on personal terms with the Red Devils.

The midfielder has had two options on his table – an extension of his Brentford contract or a switch to Old Trafford.

He had to play with an implanted cardioverter defibrillator (ICD) device. Serie A rules restrained the midfielder from playing with the artificial device for Inter Milan in 2021.

👋 @ChrisEriksen8 can't wait to see you all at the Theatre of Dreams! 🏟#MUFC pic.twitter.com/JFM57B4UgO

A switch to Brentford was enough to enable him to recover and gain back momentum in his career.

Manchester United have signed three players so far since the opening of the transfer market.

After the arrival of Tyrell Malacia, Eriksen is United’s second signing, followed by Lisandro Martinez.

Man United has unveiled the Denmark international the same day Ronaldo returned from his vacation to discuss his future with the club.

The new chapter has started 🔴🔥👹 pic.twitter.com/TgGLP8Q6Oc

Erickson has described his Man United switch as “weird” and somewhat unbelievable.

“‘I was thinking it will not actually happen, so I am happy to be here. Being a Manchester United player is special.”

He thanked Erik Ten Hag for making the move possible as the former Ajax manager spearheaded the move for the player. 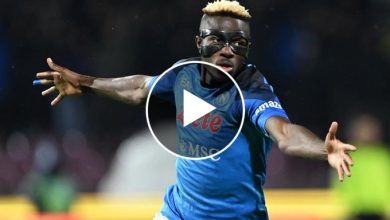