This happened after Manchester United lost 1-0 at Everton on Saturday and the video has now gone viral.

In the video, Ronaldo is seen going down a tunnel at Goodison Park when he seems to throw an object away with his right hand.

watch the full video at the end of this article. 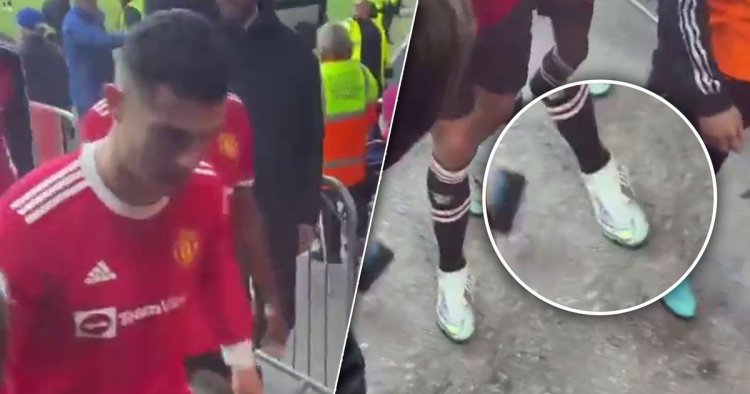 Everton fans booed Ronaldo and his United team-mates as they went through the tunnel.

Stadium security staffs were present at the scene and did not get involved.

Ronaldo had a shin pad in his left hand after suffering a nasty cut during the match. 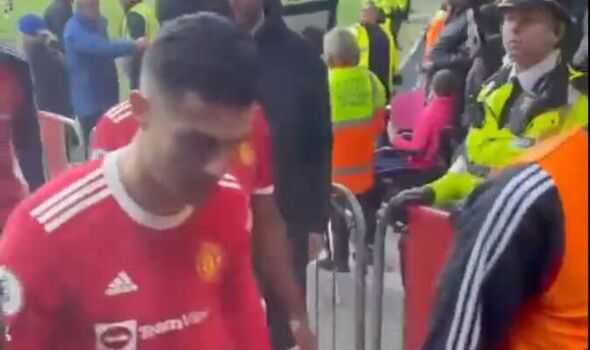 Manchester United have refused to comment so far on the incident and are now looking into it.

The Red Devils are still seventh in the Premier League, three points behind Tottenham.

Arsenal and West Ham are also in the race to play Champions League football next season.

Everton won the match today against Manchester United thanks to a goal from Anthony Gordon.

The 21-year-old’s shot deflected off Harry Maguire and gave Everton the lead in the first half.

Everton are now four points clear of the relegation zone. 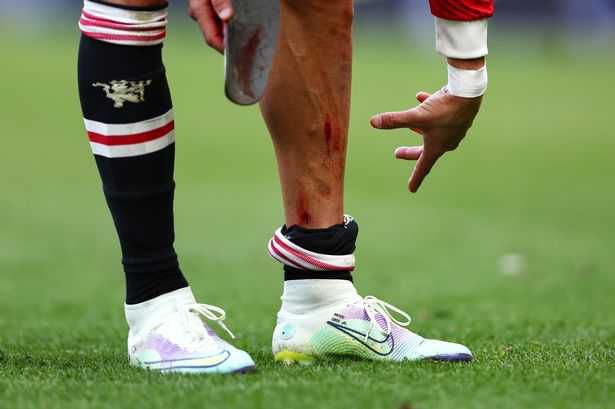 However, Manchester United have only seven league games left to get points.

The Red Devils still have to face Chelsea, Arsenal and Liverpool.

Speaking on Manchester United’s top four hopes, Rangnick said: “When we don’t win our own games, we can’t hope for good results from the other teams.”