The player who move to the Brazilian League on loan is set to join on a permanent deal that will end his stint with the Premier League side.

Andreas Pereira is set for Manchester United permanent exit after an agreement was reached between his parent club and new side he will be joining. 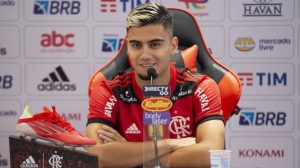 This move has been one that was supposed to happen earlier but it was delayed with managerial switch.

Ralf Rangnick is not looking to include the player in his plans which has seen a permanent move being sanctioned.

Manchester United have agreed on a £12 million ($16m) fee with Flamengo for the permanent transfer of Andreas Pereira – according to reports reaching us from Universo Online.

The 26-year-old joined the Brazilian club on a season-long loan last summer and has scored five goals in his first 21 appearances which he has been enjoying life with the club.

Manchester United are now ready to sanction Pereira’s departure outright, with his eight-year spell on the Old Trafford outfit’s books set to draw to a close his stint with them. 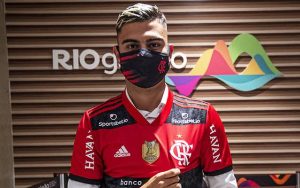 His time with the club saw him struggling for regular playing time despite showing signs of being a good player.

He couldn’t hold things down which led to him being loaned out and now he is set for a permanent exit.