The Netherlands International who is desperate to land a move elsewhere has now thrown away the opportunity of making it happen. 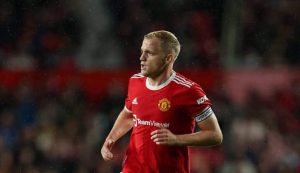 It was reported that other clubs including his former team Ajax showed interest but none are currently pushing as Manchester United only want to send him out on loan and no sale.

According to Transfer News Live, they confirmed the latest developments which wont be seeing the midfielder take the chance of joining Newcastle United.

Donny van de Beek is now looking for other options before the January window cones to a close as his aim is to get regular playing time.

The midfielder move to Manchester United has been the worst decision made for his career which has seen him unable to get the regular playing time to help his career.

Van de Beek who once made the list for Ballon d’Or awards during his time at Ajax is now struggling to get playing time with the Premier League club.

Despite Paul Pogba’s absent, the Dutchman still couldn’t pin a starting spot as the likes of Scott McTominay, Fred and Matic are the favorites who get more time over him.

It started with Ole Gunnar Solskjaer and despite his sacking, he still couldn’t win the heart of Ralf Rangnick who is the new manager on an interim basis. 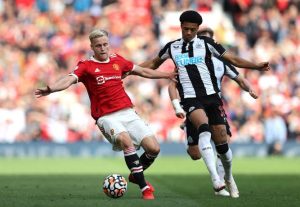 No club has currently made an approach for Donny van de Beek who Manchester United will only allow him leave on a loan move.

Top clubs showing interests are eyeing a permanent move with AC Milan being among one of those but nothing has been confirmed yet.