Martial has now denied claims by Coach Ralf Rangnick that he did not want to be part of Manchester United’s squad Vs Aston Villa.

Martial has made it clear that he wants to leave United, and Sevilla have shown interest in signing him.

For the Aston Villa match, United had only eight players available on the bench, plus two goalkeepers. 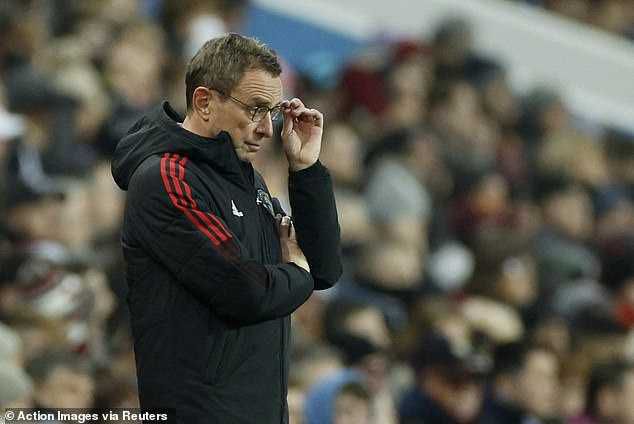 Before the match, Rangnick revealed that Martial was not willing to travel with the team for the match.

‘He refused to be in the squad,’ said Rangnick.

‘He is usually in the squad as always, but today he didn’t want take part. That is why he did not travel with us yesterday.’

However, Anthony Martial has now shared a post on social media, denying such allegations.

On his Instagram story, Martial said: ‘I have never and will never refuse to play a match for Manchester United.

‘I have never disrespected the club and fans during my 7 years stay here.’ 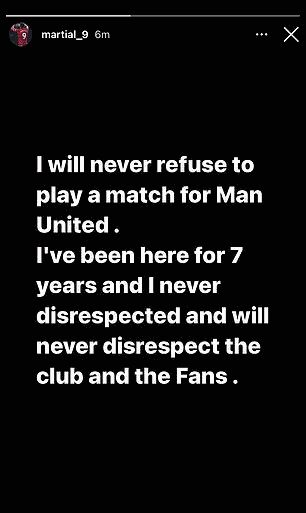 United are demanding a loan fee for Martial to leave this January and the club must pay his wages in full.

Manchester United failed to secure all three points against Aston Villa as they were pegged back with two late goals.

Speaking on the poor result, Rangnick told Sky Sports: ‘There are no positives after this, we had situations which can prove to be our best game since I have come here. We were dominant.

‘We still need to improve on many things in the team.’ 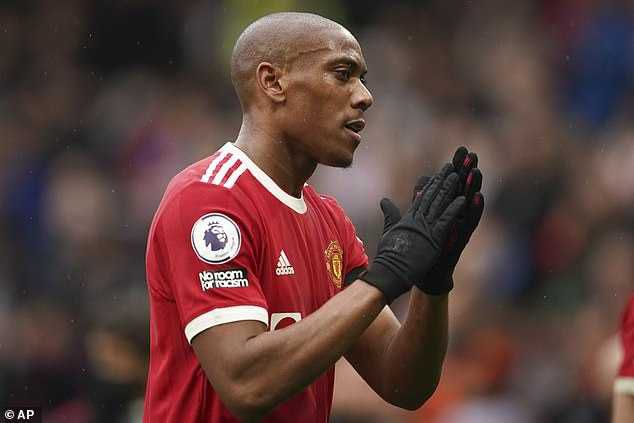 With Martial not available, United’s attacking options were reduced due to injuries.

Coach Rangnick hopes to have Ronaldo and Rashford back for United’s next match against Brentford. 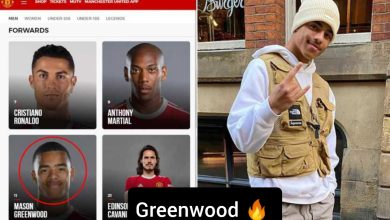