Good game coming from both teams in the first half of the encounter which saw them both hitting the back of the net under 45 minutes.

Jamie Vardy gave Leicester City the lead in the 9th minutes which saw the Foxes breaking down their opponent with ease and scored the opener to make it 0-1. 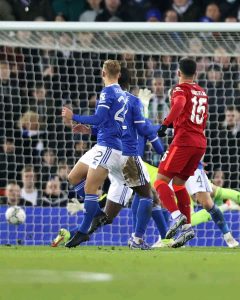 Liverpool pushed forward hoping to hit their opponent back and level things which proved very difficult to happen for them immediately.

Jamie Vardy scored his second goal of the match and his brace in the 13th minute which saw things turned 0-2 in favor of the visitors who were cruising high.

The match progressed Alexander Oxlade-Chamberlain pulling one back for the Reds in the 19th minute after a good assist from Roberto Firmino saw the forward making it 1-2.

More opportunities being created from both ends but the scoreline remained 1-2 as they entered into the final stages of the first half.

James Maddison scored a screamer in the 33rd minute which increased the lead for the visiting side to 1-3 as they progressed into the last few minutes left.

The first half of the encounter ended with Liverpool 1-3 Leicester City as they both went inside for the break with things looking good for the Foxes.

The second half started off with so much urgency coming from the home side who needed to make a comeback or crash out.

Leicester City continued holding on to their lead as the early stages of the second half which saw them soaking in all the press from their opponent.

Liverpool pulled one back in the 68th minute of the second half thanks to Diogo Jota who ensured his finishing was perfect to make it 2-3. 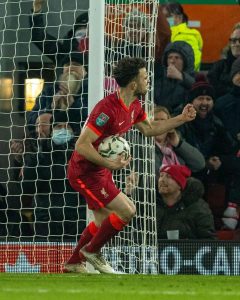 Takumi Minamino scored late in the 90th minute plus added time to level things 3-3 from an outstanding finish which was never expected.

The match headed to penalties which saw Liverpool sealing the win with a 5-4 penalty shootout against Leicester City. 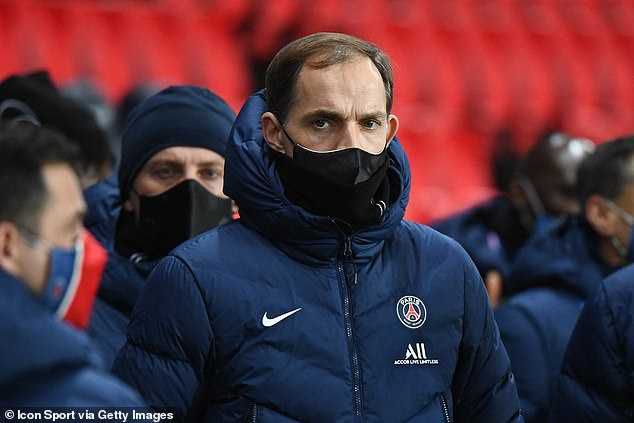