Thomas Tuchel has made some revelation about Antonio Rudiger contract situation at Chelsea, MySportDab reports.

The defender has been exceptional and the Blues are doing everything in their power to make sure they extend his contract which comes to an end this season.

Since Thomas Tuchel took over, Antonio Rudiger has been unstoppable playing every game with a 101 percent performance. 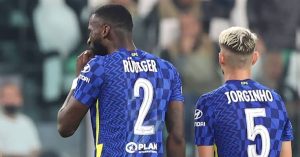 The defender’s contract situation with Chelsea has been in the air as both parties are yet to reach an agreement.

It was earlier reported that Antonio Rudiger need a pay rise which will see him earn more than every player at the club.

The London side has been unable to agree to his terms which is causing the contract signing to prolong.

Thomas Tuchel has admitted that there is a “delay” over the resolution of Antonio Rudiger’s Chelsea future.

The manager hopes that he will stay at the club beyond the expiration of his current deal which is just few months left in it.

The Blues man’s deal is up at the end of the season and he has indicated that he may move on from Stamford Bridge.

But Tuchel is relatively bullish, stating some opinion which he feels like he doesn’t have a say in what goes on.

“We want him to stay, this is very clear and he knows it.

“But sometimes in these situations there is a certain delay and, obviously, there is a delay in these talks and his decision.” 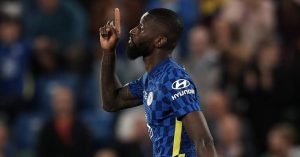 Bayern Munich and Real Madrid are already hovering over Antonio Rudiger who they might be making a direct approach when the January window opens for business.

Both clubs are desperate to land a move which could be happening by January and possible exit from Chelsea when the 2021-22 season comes to a conclusion.