Conte has been appointed as the replacement for Nuno Espirito Santo, who was sacked yesterday.

According to reports, Spurs will give their new coach £150m to spend on transfers in the January transfer window.

Tottenham’s influential director of football Fabio Paratici did not waste any time in sealing Antonio Conte’s return to the Premier League. 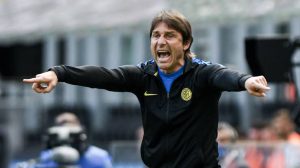 MySportDab understands that Conte has been offered an 18 month contract with a salary worth £13m.

But he is expected to earn £20m from the initial contract.

Tottenham did not sign any top players in the summer but did kept Striker Harry Kane at the club.

Spurs are currently ninth on the Premier league table after five defeats in their first 10 matches.

The former Inter Milan manager will be taking over training immediately as his first game is already up.

The Italian was earlier linked with a move which didn’t happen after talks collapsed between him and the club which led to them hiring another person.

Since then their form has dropped drastically as they have been unable to win games which also affected their Europa Conference League.

Harry Kane has also been unable to make anything happen with his goal scoring form running dry after deciding to remain with Tottenham.

The call to assign Antonio Conte wasn’t an easy one as he wasn’t interested in the job with him looking at taking over at Manchester United.

Although the red devils are sticking with Ole Gunnar Solskjaer who they are backing to get back to winning ways which he is currently fighting to do.

Tottenham loss against Manchester United added more problems for Nuno Espirito Santo who was left with no choice than to be sent packing.

Antonio Conte has now signed a three year deal which will see him earn €15 million yearly basis as the manager of Tottenham.

Here Is What Antonio Conte Said Via Tottenham Website;

“I am extremely happy to return to coaching, and to do so at a Premier League club that has the ambition to be a protagonist again.

“Tottenham Hotspur has state-of-the-art facilities and one of the best stadiums in the world.

“I can’t wait to start working to convey to the team and the fans the passion, mentality and determination that have always distinguished me, as a player and as a coach. 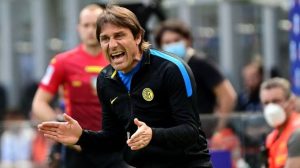 “Last summer our union did not happen because the end of my relationship with Inter was still too recent and emotionally too involved with the end of the season, so I felt that it wasn’t yet the right time to return to coaching.

“But the contagious enthusiasm and determination of Daniel Levy in wanting to entrust me with this task had already hit the mark.

“Now that the opportunity has returned, I have chosen to take it with great conviction.”