Erling Haaland makes a return with a stunner as Borussia Dortmund came from behind to beat Wolfsburg 1-3, MySportDab reports.

Both teams found the back of the net in the first half of the game which was evenly matched and balanced going forward.

It took Wolfsburg 2 minutes to score the opener which was scored by Wout Weghorst who ensured his finishing was beyond the goalkeeper to make it 1-0 for his side. 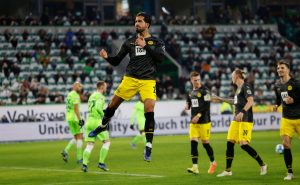 The game continued with Borussia Dortmund pushing forward in attempts to bring themselves level which failed to happen immediately for them as their opponent had a better defense.

The goal finally came in the 35th minute of the game through Emre Can who score from the penalty spot after reckless defending cost the home side to concede as the scoreline turned 1-1.

More opportunities but no goals scored as the first half ended with Wolfsburg 1-1 Borussia Dortmund as they both headed for the break with a draw scoreline.

A better second half for BVB who pushed more bodies going forward as they fight to ensure they took the lead which was proving hard in the early minutes.

Wolfsburg had a fair amount of opportunities taking the lead which they failed to make count as the early minutes of the second half carried going forward.

Donyell Malen gave Borussia Dortmund the lead which came in the 55th minute of the second half which saw Marco Reus providing the assistance which made the scoreline 1-2.

It was looking comfortable for BVB who were in control of their fate as the game carried on with Erling Haaland coming off the bench after missing out due to injury. 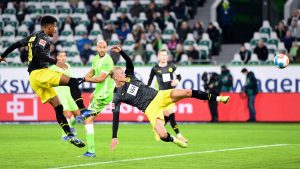 The Norwegian wasted no time in scoring an outstanding goal in the 81st minute which extended the scoreline 1-3 as Mark return to the pitch with a goal to his name.

Things ended with Borussia Dortmund claiming all three points after coming from behind to beat Wolfsburg 1-3 which sees them overtake Bayern Munich as number one on the table. 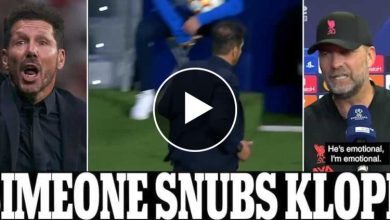 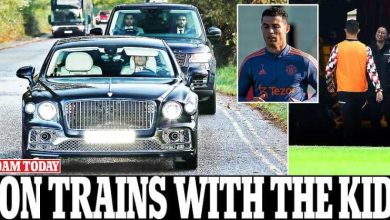