NGolo Kante was on target as Chelsea smashed Leicester City 0-3 in the Premier League as Rudiger and Pulisic scored, MySportDab reports.

The first half was filled with entertainment and goals coming from the visiting side who were unstoppable going forward and attacking.

Leicester City survived the first 10 minutes of the game making sure nothing went past them which worked out very well for them in the encounter. 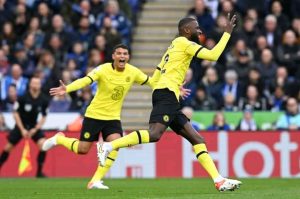 Antonio Rudiger broke the deadlock in the 14th minute of the match after a good delivery from Ben Chilwell saw the German making the scoreline 0-1 for Chelsea.

It was a good atmosphere at the King Power Stadium which saw the Blues from London dominating things against the Foxes who struggled to make anything happen.

NGolo Kante made it 0-2 in the 28th minute of the game from a lovely strike which was assisted by England International Reece James which saw the midfielder finishing off.

That turned things around as the home side couldn’t make anything happen as the first half carried on with so much opportunities created.

The first half came to an end with Leicester City 0-2 Chelsea as they both headed inside for the break after 45 minutes of football.

The second half was more of the same coming from the visitors who made sure the work was complete with perfection.

Leicester City still continued the game pushing to get something back which was so difficult to get as their opponent didn’t give them any chance of operating.

Chelsea increased their lead in the 71st minutes as substitute Christian Pulisic scored a stunner which was assisted by Hakim Ziyech to make the scoreline 0-3. 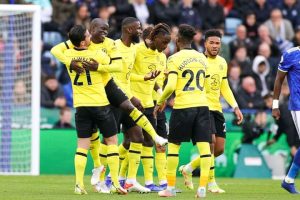 It was all but finished for the Foxes who were unable to make anything happen as the encounter carried on into the final few minutes left to be played.

The encounter came to a conclusion with Leicester City 0-3 Chelsea which sees the Blues increasing their points on top of the Premier League to six above Manchester City. 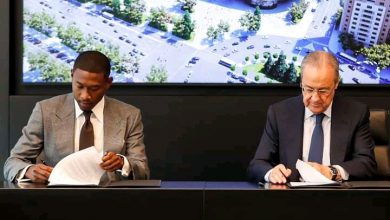 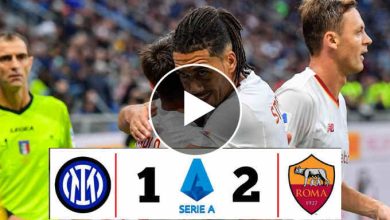