First half of the encounter wasn’t that good from both ends in terms of goals which didn’t come through despite all the amount of opportunities.

Man United didn’t have much of the chances as they were pressured all through which they managed to hold their ground and keep their opponent from scoring any goal. 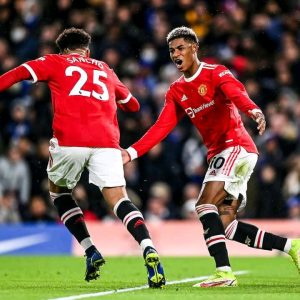 It was Chelsea who dominated things as Antonio Rudiger chance rattled off the crossbar for the Blues who could have made that count after an amazing push forward from them.

The first half of the encounter ended with Chelsea 0-0 Man United as they both headed inside for the break after a good 45 minutes which didn’t bring anything to celebrate about.

The second half started in same pace it left off in the first half which was the Blues dominating their opponent who had less say as they defend for their lives.

Man United took the lead in the 50th minute after a counter attacker saw Jadon Sancho catching Edouard Mendy 1 on 1 which he finished off to make the scoreline 0-1.

It was looking like things could go bad for Chelsea despite dominating the game from kickoff until they conceded and now pushing back for the equalizer. 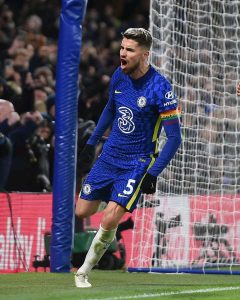 The Londoners pulled back level 1-1 in the 69th minute through Jorginho who scored from the penalty spot after Thaigo Silva was brought down giving them the chance on goal.

Things were very hard for the visitors until the end of the game which finished 1-1 between Chelsea and Man United after 90 minutes played.

READ MORE:  "Football Is Being Pushed To Return Too Soon" - Wayne Rooney SPEAKS 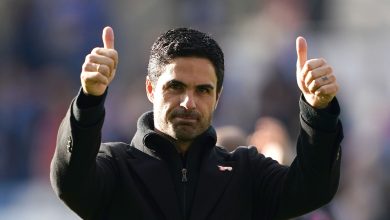 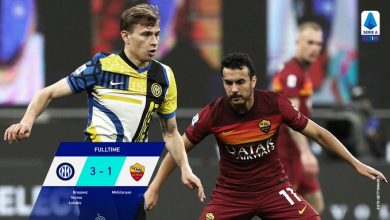