Arsenal might see their promising striker Eddie Nketiah leave the club ahead of the January window, MySportDab reports.

German club are getting set to sign the striker when the window opens in 2022 as the player is also open to a move.

Eddie Nketiah is being targeted by Borussia Monchengladbach who are looking into bringing in the Arsenal striker. 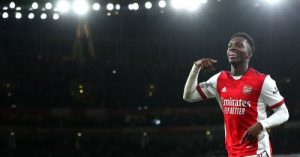 The youngster has been struggling to get playing time despite coming on as a substitute to rescue the Gunners in key games.

Borussia Monchengladbach are considering a January move for Arsenal forward Eddie Nketiah, according to report reaching us from the Sun.

The 22-year-old has made just two appearances this season, both in the Carabao Cup, and is eager to move on to secure regular playing time elsewhere.

Nketiah is out of contract at the end of the season so can open talks with foreign clubs over a free transfer move from January.

Gladbach may make a cut-price bid in order to sign him during the winter window rather than waiting until the end of the campaign.

This could also mean good news for Arsenal who will be looking to cash out on anything they can get instead of losing him to nothing at the end of season. 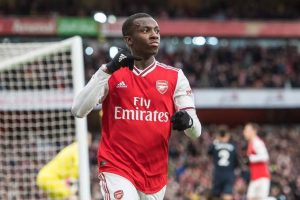 Eddie Nketiah has shown promises of being a better striker in years to come as he has scored crucial goals when needed.

Last season he had so much impact despite coming mostly from the bench to help produce magic for the team in most games. 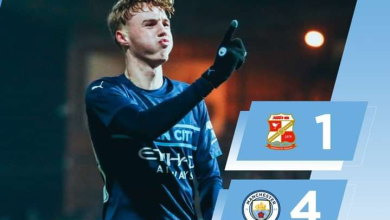