Chelsea are looking to cement a move for Real Madrid defender Eder Militao who they have made an offer for, MySportDab reports.

The Blues are desperate to complete a move for the defender which could see him replace Kurt Zouma who left during the summer window.

Eder Militao is the new player Chelsea want to sign as they have made an offer to Real Madrid for a possible agreement. 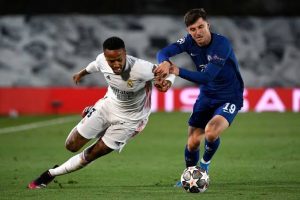 The Blues are not looking to go back for Jules Kounde who they almost sealed a move for during the summer transfer window.

Chelsea have made a €40 million (£34m/$46m) bid for Real Madrid defender Eder Militao ahead of the January window.

Although the Los Blancos do not want to sell Brazil international, according to reports reaching us from El Nacional.

Militao struggled for consistency following his move from Porto in 2019 where he was one of the best.

But has flourished under Carl Ancelotti this season, sparking interest from a host of European sides.

However, Real Madrid have no intention of letting the 23-year-old leave and plan to offer him a bumper new contract with a hefty release clause in order to ward off potential suitors.

If an agreement between him and the laliga side come to play, he won’t be able to move to Chelsea who want to sign him in the January window. 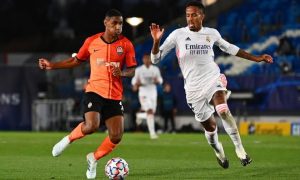 Carlo Ancelotti is doing everything possible to keep him since he made his comeback to the club after leaving Everton.

Chelsea were also said to have completed a deal to sign Fenerbahce defender Attila Szalai on a six years contract.