Bayern Munich Robert Lewandowski has been named striker of the year in the ongoing Ballon d’Or awards currently going on, MySportDab reports.

The Poland International has an amazing season which could have handed him the Ballon d’or award in 2020 if it was held.

Robert Lewandowski carried on from 2020 to 2021 with good for scoring goals for Bayern Munich despite his age which he is currently 32 years.

The striker has been named the best player playing his position beating other candidates who were nominated for the award.

So far so good, the Bayern Munich duly deserved the award after an amazing last season which saw him scored the highest amount of goals in Europe.

It has been a good one so far for the Poland striker who is out there looking to also win the Ballon d’Or over the likes of Cristiano Ronaldo and Lionel Messi.

This is yet another award for Robert Lewandowski who has made sure that he is not being ignored this year after past years of him not getting what he deserves.

Striker of the year already in the bag for the Bayern Munich man who is gunning go snatch another award for the night which is the biggest of all awards. 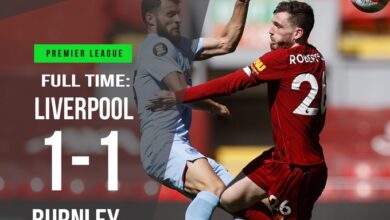