Africa is home to some of the greatest female soccer players in the game, including rising star Asisat Oshoala of Nigeria.

Oshoala is making a name for herself as one of the best female players currently in the game. 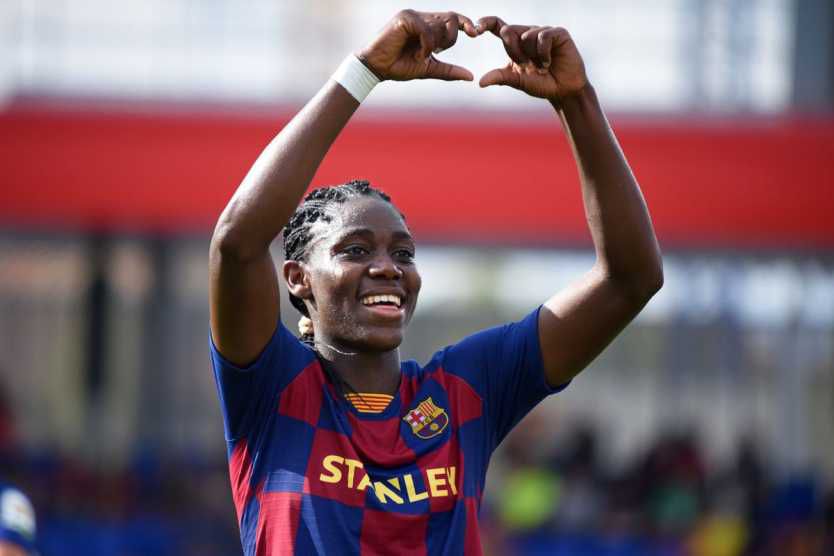 This African star has won the African Women’s Player of the Year award twice.

She stands head-and-shoulders above the competition in Africa, completely living up to the high expectations fans had for her career during her early years of playing the sport.

Her technical skills put her in a category all of her own when compared with her competitors.

The BBC’s Women’s Footballer of the Year award which she won recently, earned her a switch to Chinese side Dalian Quanjian.

When chatter turns to the greatest female strikers in Africa, Esse Akida is one of the first names to pop into most peoples’ heads.

At only 8 years of age, the African star was already well on her way to developing the gifts that would allow her to become a regular on the Kenyan national team after she joined in 2016.

The Spedag FC star had also carried the Harambee Starlets all the way to the Africa Women’s Cup of Nations, coming out as the highest scorer at the COTIF women’s tournament in Spain and claiming the golden boot for her performance in the 2016 Cecafa Women’s tournament. 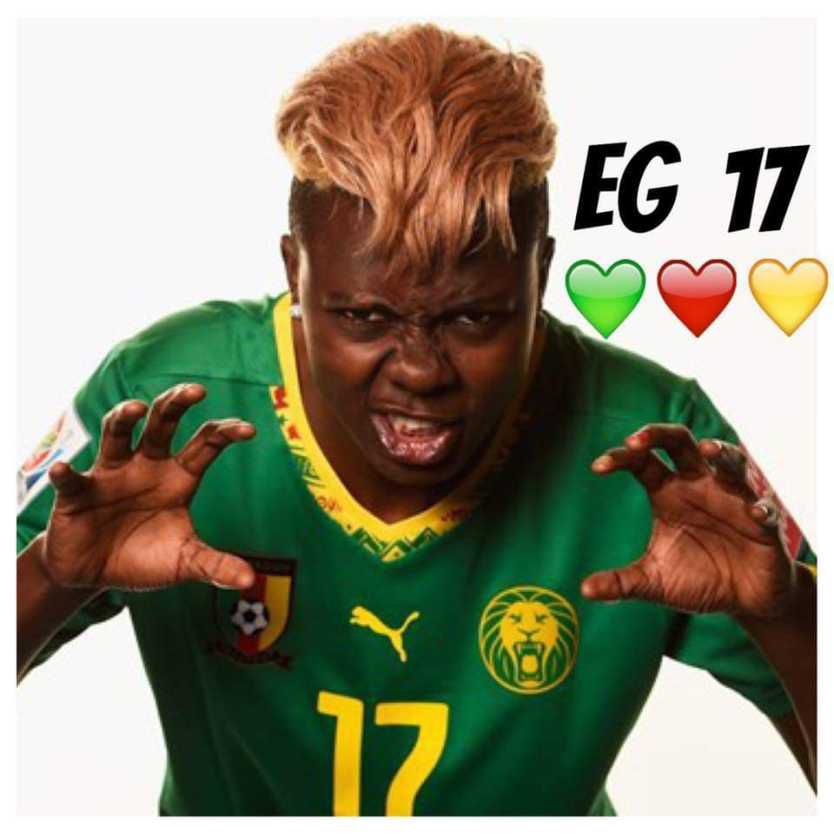 Though she fell behind a bit on her home turf in the final game at the 2016 African Women’s Cup of Nations, Gaelle Enganamouit had already accomplished more than enough to earn her place among Africa’s greatest players in history.

She drew the attention of the soccer community when she flawlessly brought home an effort from the halfway line during a game against the Serbian league as a young rookie.

She has since become a multi-talented player and was decorated with the African Women’s Footballer of the Year award back in 2015.

Read our list of top African players in the women’s championship league.

Okoth’s talents with the ball have caused fans to draw comparisons with Marta of Brazil, and it came as no surprise that Marta is a footballer that Okoth sees as a source of inspiration.

The 22-year-old was a member of the Harambee Starlets team that made history when they defeated Algeria to claim a spot in the 2016 Africa Women Cup of Nations final in Cameroon.

The star’s greatest moment occurred during the same year (2016) when she was awarded Best Female Player of the Year at the SOYA Awards. 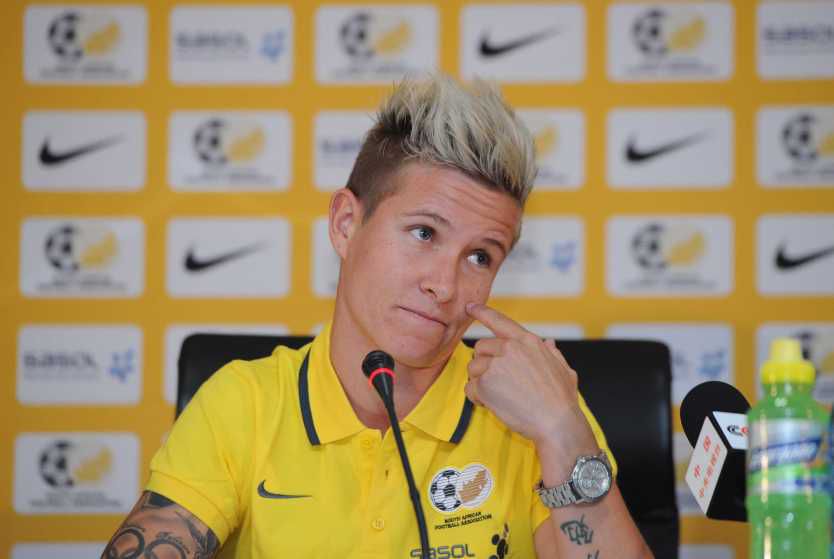 This 29-year-old soccer star is South Africa’s most bankable player in both male and female categories, with 143 games played for the national team.

She recently signed-up with American club the Houston Dash, having played for Sundowns before that, as well as Palace Super Falcons and JvW in South Africa.

She claimed the winning goal in a game against Nigeria twice, one of these times being at the 2012 Africa Cup, and twice flew the flag for South Africa’s women’s team at the Summer Olympics in London, as well as Rio. 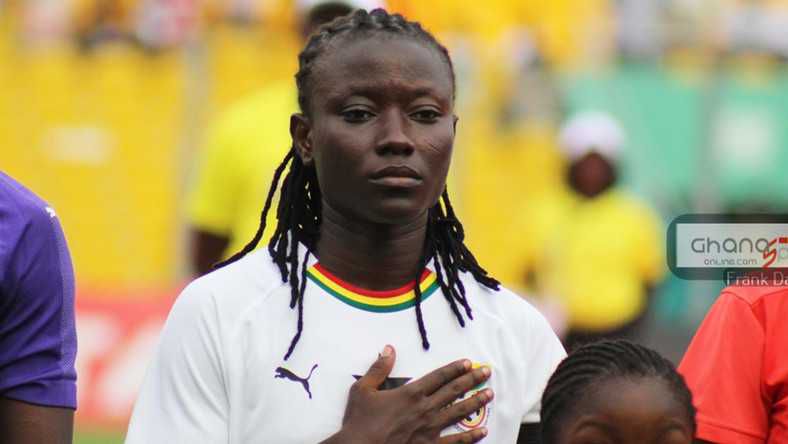 Ghana’s African Women’s Cup of Nations effort came to an unfortunate close at the semi-finals stage, but until it reached that point, they were counted among the tournament’s top sides.

The Black Queens claimed seven points in their group, with forward Addo taking a point in every game.

She is now playing in Sweden with Kvarnsvedens Ik, and although she ended up being beaten to the 2016 African Women’s Footballer of the Year award, being nominated was justly-deserved recognition for an incredible year. 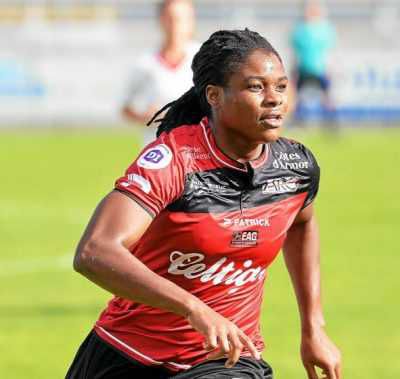 This star ended as co-second highest scorer at the African Women’s Cup of Nations in 2020 after claiming three goals on her way to Nigeria’s 10th title.

The most critical of those goals was scored in the final game against Cameroon when she knocked out the host team in the 86th minute.

However, she did earn a great deal of credit for breaking the tie against South Africa in the semi-finals.

In France, she has kept on coming through with goals for En Avant de Guingamp. 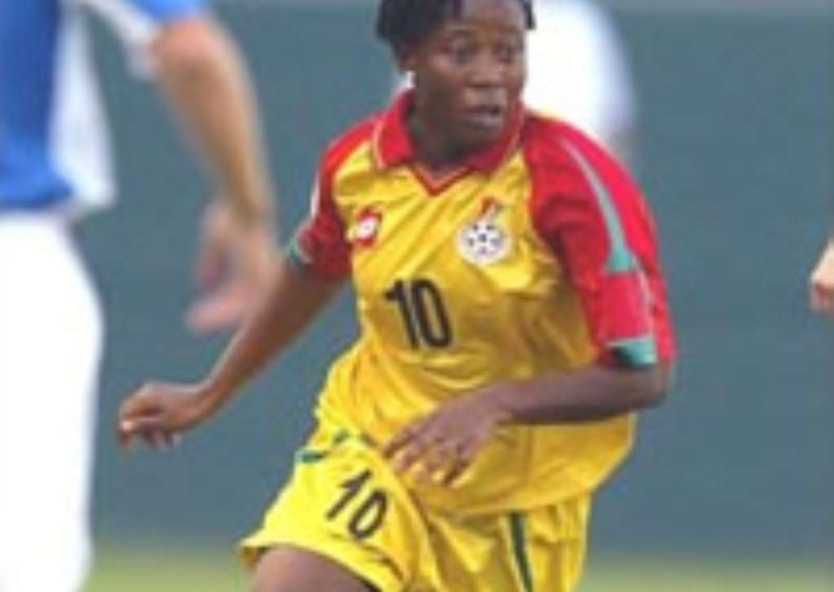 Though she is now in her late 30’s, the short-statured midfielder Bayor has still got it.

The veteran skipper of the Black Queens received accolades as part of the World All-Stars team, where she competed against a Chinese set in 2007.

She has since made a name for herself in the United States, Germany, and in her native Ghana.

Her incredible goal against Norway in the Women’s World Cup in 2007 will be remembered by soccer fans and commentators alike for decades to come.

Bayor earned the title of African Women’s Footballer of the Year in 2003. 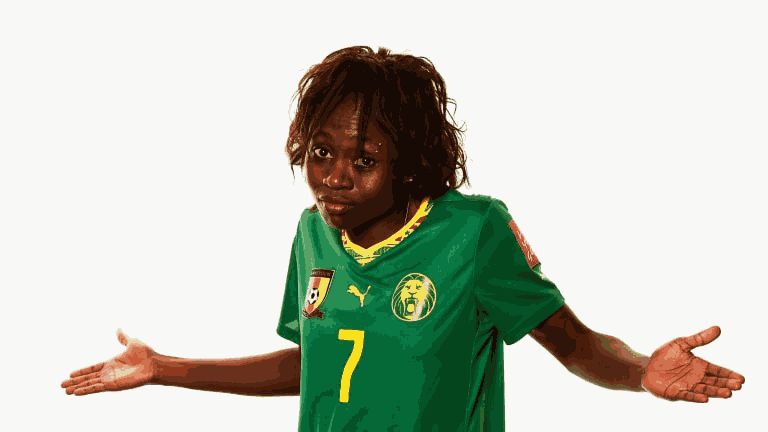 This star played a key role during the Africa Women’s Cup of Nations for her native country of Cameroon.

She helped to carry the host team to the final and, in spite of trailing in her game against Nigeria, finished the tournament with the Best Player award.

When it comes to her club, the midfielder has signed a two-year deal with CSKA Moscow after recently earning a positive reputation in Russia. 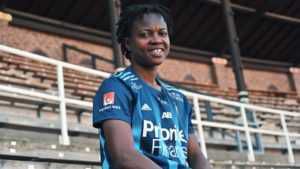 Boakye claimed victory at the All-African Games in 2015 and was a member of the team that took home Ghana’s first-ever Gold medal at a women’s soccer tournament.

Portia Boakye was previously nominated for the African Women’s Footballer of the Year award, and her career is thriving at Swedish side Ostersunds.

At only 27, she still has time to climb even higher in the ranks of women’s soccer.