Inter Milan are looking to beat other clubs to the signature of highly rated youngster Karim Adeyemi, MySportDab reports.

Ongoing talks are reported to be on for the teenager who has been on top form this season with Red Bull Salzburg.

Clubs like Chelsea, Bayern Munich and Paris Saint Germain are all linked with a move for the brilliant German International ahead of the January window. 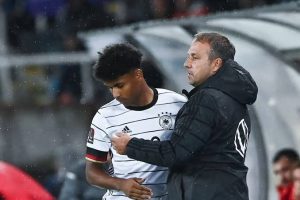 The striker who is currently open to making a move to a bigger team will be looking at many options on the table for him.

Inter Milan are hoping to beat Paris Saint-Germain and Bayern Munich to the signing of Karim Adeyemi who has been on top form this season.

Calciomercato reports his representative visited the Nerazzurri’s offices on Thursday to discuss a move from Red Bull Salzburg.

This could be promising for the Italian side who will be hoping they can secure a move for the youngster who is on every club wishlist.

The January window is just two months away as clubs are already preparing to make their moves for Karim Adeyemi who will be looking to make a big move.

Reports earlier were suggesting that Red Bull Salzburg are looking at the possibility of keeping their striker beyond this season with them not ready to sell.

His value in the market is around the region of €30 million and if a move is to happen now his club will be looking to cash out on him beyond that amount. 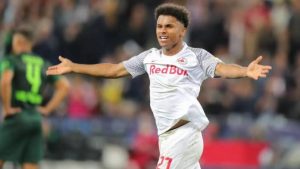 They will do everything possible to make sure they get more than enough before letting Karim Adeyemi leave as they regret Erling Haaland departure without getting more from his sale.

Nothing yet has been confirmed as other suitors still have a fighting chance to sign the youngster with the transfer window yet to open until next year 2022 January. 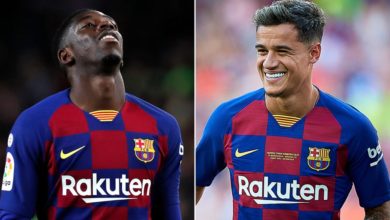