Ben Chilwell scored the only goal as Chelsea beat Brentford 0-1 to remain top of the Premier League table for game week 8, MySportDab reports.

The first half was evenly matched between the two London clubs who made sure they cause so much trouble going forward and defending.

It was Chelsea who started the game as the better side as they dominating ball possession and control how things looked in the early stages. 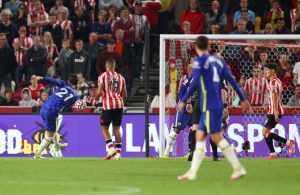 Brentford was solid enough to make sure their opponent didn’t get an early opener which could have turned things around for them.

Romelu Lukaku scored in the 22nd minute of the game but the goal was ruled out for offside by the referee who cut the Belgian celebration.

The goal soon came in the 45th minute plus as Ben Chilwell scored an excellent goal which made the scoreline 0-1 in favor of the Blues.

Nothing else as the first half of the encounter ended with Chelsea taking the lead into the break 0-1 against Brentford after a good 45 minutes.

The second half started with both teams pushing from where they stopped in the first 45 minutes which wasn’t that bad.

Brentford continued the game as the better side in terms of opportunities created which saw Edouard Mendy showing so much quality.

Chelsea was lucky to have to their less after the Bees smashed the woodwork while almost scoring a goal which could have made the scoreline 1-1. 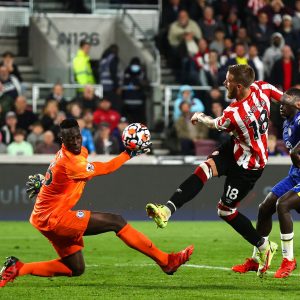 Nothing could separate them as more opportunities kept on coming and Edouard Mendy was there to rescue the Blues from surrendering their lead as it progressed.

The match finally came to an end with Brentford 0-1 Chelsea as the Blues claimed three points which saw them move back top of the Premier League table. 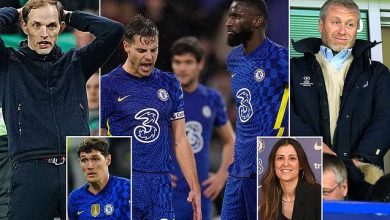 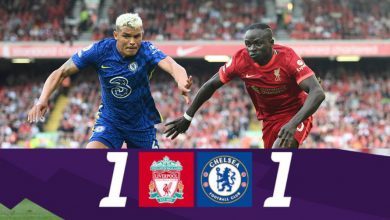 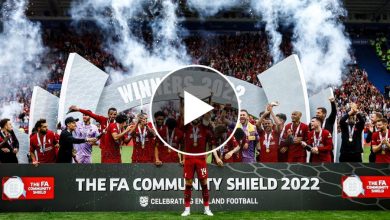