Chelsea won 6-5 on penalties as they beat Villarreal to claim the Uefa Super Cup after playing 1-1 in 120 minutes, MySportDab reports.

Just one goal was scored in the first half by the Blues who dominated the 45 minutes against their opponent from Spain who couldn’t make anything happen. 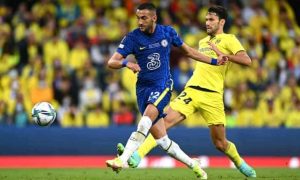 Villarreal started the first half as second best which saw them conceding many fouls as the Premier League side bossed them around.

Chelsea pushed further in the game as they created more opportunities but the goal failed to come as time hits the 20th minutes mark with the scoreline goalless.

Hakim Ziyech combined with Kai Havertz to give the London side a 1-0 lead as the German assisted with him finishing off neatly for the opener.

He was later taken off due to injury which Christian Pulisic replaced him as the game carried on with his game being the only talking point.

Antonio Rudiger and Thomas Tuchel were both shown yellow cards as it ended in the first half with Chelsea 1-0 Villarreal as they both headed for the break.

More positives coming from the two sides who started the second half with a high pace and pushed hard against themselves with a goal in mind.

Chelsea was okay with everything as the lead was theirs for the taking with more coming from them which saw them dominating the ball possession.

Villarreal almost pulled back level through Gerrard Moreno who saw his strike hitting the woodwork with Edouard Mendy left helpless in the process.

More coming in the match as the yellow submarines kept on pushing for the equalizer which failed to come despite all their opportunities going forward.

Gerrard Moreno pulled back level 1-1 for his side in the 73rd minute as the forward ensured his finishing was superb making it a goal for his side which was needed.

More coming from both teams who started the first 15 minutes on fire with them looking to take the lead which didn’t come was it ended Chelsea 1-1 Villarreal. 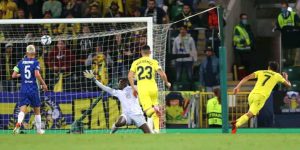 The second 15 minutes was more of the same without anything coming out of it despite all efforts put by the Blues who dominated things.

The match ended with penalties as Chelsea 6-5 Villarreal which saw Thomas Tuchel side winning the Uefa Super Cup title. 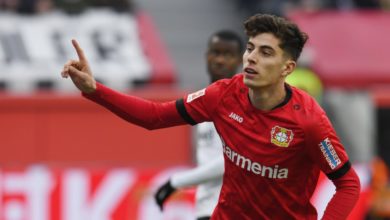 ‘I Don’t Want To Mess it Up’: Kai Havertz Speaks Amid Chelsea, Liverpool, Man Utd Links!