An own goal from Matt Hummels ensured France best Germany 1-0 as Karim Benzema late goal was ruled out by VAR, MySportDab reports.

The first-half encounter was only separated by one goal which went in favor of the home team for the match who had less of the ball all through the 45 minutes. 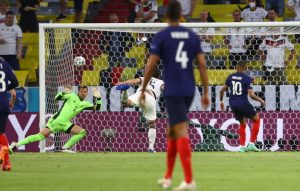 France was less of the dominant side who created few opportunities going forward in the first half that was mostly about their opponent doing it all going forward.

Germany had themselves to blame as Matt Hummels scored an own goal in the 20th minute to give the French a 1-0 lead after a very bad defending.

Both teams ensured they had so much to do with the away side bossing play and creating so many opportunities but couldn’t make it count.

The first half of the encounter ended with France 1-0 Germany as they both headed for the break with the an advantage over to the home side who got the job done.

The second half of the encounter opened up more at the which saw more from both teams going forward and ensuring things get busy in group F second match.

Germany continued to ensure they had full control of the ball possession while they pressure further to make sure they pull back but it failed to happen for them.

France was okay with how things were playing out for them with the advantage going their way despite not seeing so much of the ball going forward. 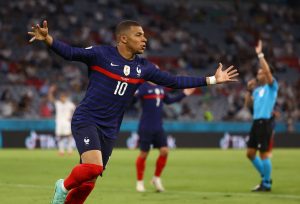 Benzema scored for his side in the 85th minute only for VAR to chop off the goal for offside which saw the scoreline remained 1-0.

The match ended with France 1-0 Germany which saw the French claimed all three points to move second on the table behind Portugal.

READ MORE:  He Is Not Defending Pogba, He Only Fights For His Next Payday - Man United Urged To Cut Ties With Agent 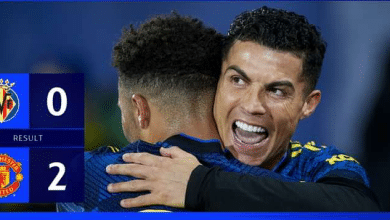