Roberto Firmino and Casemiro scored as Brazil came from behind to beat Colombia 2-1 in the Copa America, MySportDab reports.

It was a one-goal affair in the first half which provided so many opportunities that couldn’t be converted by the two Nations as the away side claimed something out of the 45 minutes. 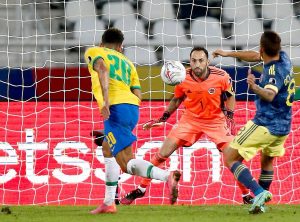 Colombia quickly took an early lead in the 10th minute as Luis Diaz teamed up with Juventus Juan Cuadrado to give themselves a 0-1 lead from a nice finish.

The game progressed with Brazil doing everything possible to make a comeback which in the process they created some good opportunities which were all wasted by them.

Nothing to come with more efforts being put into the game as the scoreline remained the same with both sides entering into the last few minutes of play.

The first half ended with Brazil 0-1 Colombia as they both headed in for the 1st 45 minutes break with an advantage over to the away team.

It was a beautiful second half which saw the Samba boys making things happen with the goals making way for them to get something good.

Brazil still couldn’t find a breakthrough in the early minutes of the second half as their opposition put out a solid wall in front of David Ospina.

Colombia did well until Roberto Firmino gave the Brazilians a leveler in the 78th minute thanks to assistance coming from Lodi which made it 1-1. 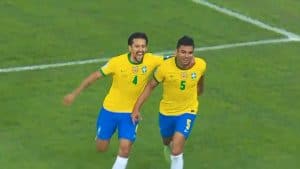 Casemiro and Neymar linked up in the 90+ minutes to give their Nation a 2-1 lead after a nice build-up from play saw the Real Madrid midfielder scoring the advantage.

The match came to an end after that goal to finish with Brazil 2-1 Colombia which sees the Samba boys maintaining their lead on the table group b with 9 points. 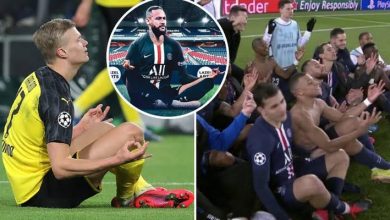 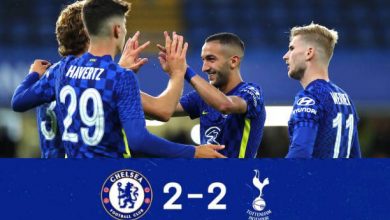