It doesn’t look like Harry Kane will be making a move elsewhere anytime soon as his value and decision from the club not to sell him to an EPL team, MySportDab reports.

The England international has been strongly linked with a move to Manchester United which didn’t go through despite coming close.

Tottenham is not ready to sell Harry Kane as they value him at around £172 million and they won’t be letting him join an EPL team.

There are also reports of Manchester City looking to sign the striker with Sergio Aguero set to leave the club.

Also reports of former manager Pochettino looking at bringing him to Paris Saint-Germain during the summer transfer window.

Harry Kane is set to stay at Tottenham this summer, with chairman Daniel Levy refusing to sell him to another Premier League side.

His £175 million ($242m) valuation pricing out foreign clubs, according to reports by the Sun.

The England captain is believed to be considering a transfer to win silverware but is unwilling to force a move away from his boyhood club.

Levy is equally reluctant to sell his star striker and with three years still left on the 27-year-old’s contract knows he is in a strong bargaining position with any club trying to sign him.

No club will be willing to pay such an amount for the striker due to the financial crisis caused by the coronavirus pandemic. 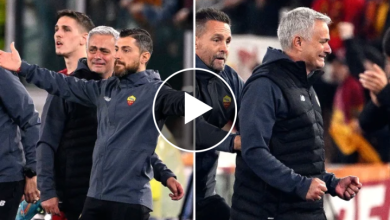