A brace from Karim Benzema and one from Odriozola ensured Real Madrid beat Cadiz 3-0 to temporarily move top of the League table, MySportDab reports.

It was a perfect first half encounter for the away side who had everything going their way as they scored three goals. 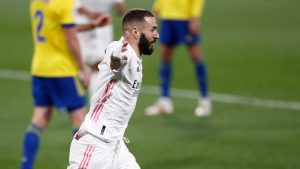 Cadiz held on to the goalless scoreline as long as they can despite the amount of pressure they had to face in the early stages.

Real Madrid was able to break the deadlock in the 30th minute as Karim Benzema converted from the penalty spot to make it 1-0.

Odriozola increased the lead to 2-0 in the 33rd minute after he was set up by Karim Benzema before finishing off neatly for the second.

Benzema once again scored the third and his brace which made it 3-0 for his side after a clinical finish in the 40th minute of the game.

The first half encounter finally came to an end with Cadiz 0-3 Real Madrid as they both headed for the break with an advantage to Los Blancos.

The second half of the encounter was very poor as nothing much to talk about as they couldn’t record any goal but just missed opportunities.

Real Madrid dominated things just like they did in the first 45 minutes but this time they couldn’t break down their opponent each time they try to. 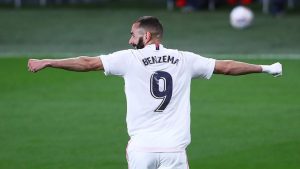 Cadiz was much better in defending as they were able to deal with everything thrown at them by the away side who were very good.

The game progressed without a goal as it ended with Cadiz 0-3 Real Madrid which sees Zidane’s claiming three points to move top of the League table with goal difference. 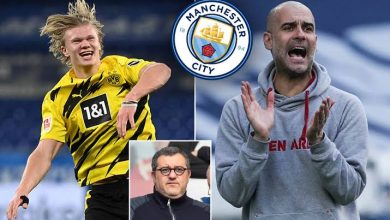