Chelsea wants to make a swap deal with Inter Milan concerning Jorginho and Christian Eriksen which will include a £20 million fee, MySportDab reports.

Thomas Tuchel who recently took over weeks ago has been impressive making some huge changes to the team. 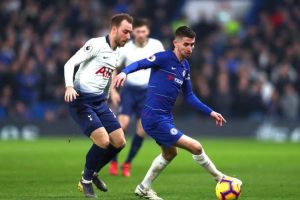 And it looks like he wants to work with the Inter Milan midfielder if he gets to keep his job.

Chelsea want to make a swap deal with Inter Milan which will see Jorginho go to Italy and Christian Eriksen come to England.

Blues want to sign Inter Milan midfielder to make the much needed move to England after sealing a move away some seasons ago.

Chelsea have proposed a swap deal involving Jorginho and Christian Eriksen to Inter Milan, according to reports from Calciomercatoweb.

The Blues will demand a €20 million (£18m/$24m) payment to finalize the deal, with the Nerazzurri open to selling the Danish midfielder at the end of the season.

Jorginho will head to San Siro if the two clubs can reach a final agreement, but talks are still very much in the early stages.

Meanwhile, Chelsea already agrees on a deal with Bayern Munich for the signing of Jerome Boateng.