Arsenal are hoping they can land Barcelona second choice goalkeeper Neto who hasnt seen too much playing with his team, MySportDab reports.

The Gunners who recently sold Martinez to Everton despite being their best goalkeeper last season, they are currently set to go after another talent.

Neto has drawn interest from London club side Arsenal who are looking for a possible loan move for the shot stopper.

The Brazilian could compete with Bernd Leno for minutes as he has also proved to be a better goalkeeper when giving the chance to play. 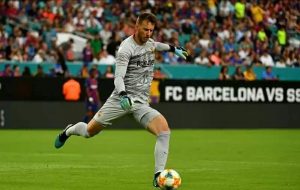 Arsenal are keen on a move for Barcelona goalkeeper Neto, according to reports from Sky Sports.

The Gunners are looking for an upgrade on backup Runar Alex Runarsson, who has struggled since joining in the summer.

Arsenal are hoping to land Neto in a loan deal with an option to purchase in the summer as they look to provide a better backup for the season.

No official statement s have been made from both teams as we wait to see what happens before the end of the current transfer window. 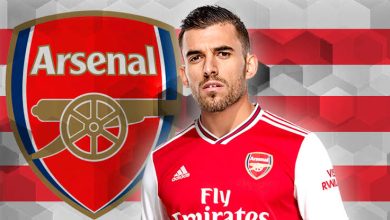