First half goal from Casemiro and an own goal by Oblak helped Real Madrid claimed a 2nil victory against Atletico Madrid in a derby which was exciting, MySportDab reports.

The first half was full filled with good attacking display of football which provided one goal from the home side who were better. 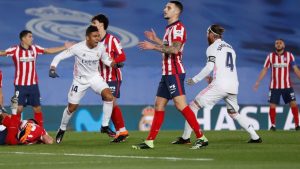 It took Real Madrid 15 minutes of the game to score the opener through Casemiro who was unmarked after a corner which he eventually scored to make it 1-0.

Atletico Madrid were too in front of goal as Joao Felix couldn’t find his footing in the match which was fuastrating for the Portuguese International.

The first half ended with Real Madrid 1-0 Atletico Madrid as they both headed for the break with Zidane’s side with the advantage.

The second half was the same as one goal was scored from the home side who dominated the second 45 minutes with good football display.

Atletico Madrid did made changes before the second 45 minutes began as they couldn’t make anything happen in the encounter. 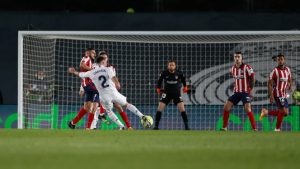 Real Madrid was able to double their lead after Daniel Carvajal struck a great shot from long range that bounces off the post and hit Oblak to make it 2-0 in the 63rd minute.

The match ended with a victory as Real Madrid won 2-0 against Atletico Madrid as they climb to third place on the League table. 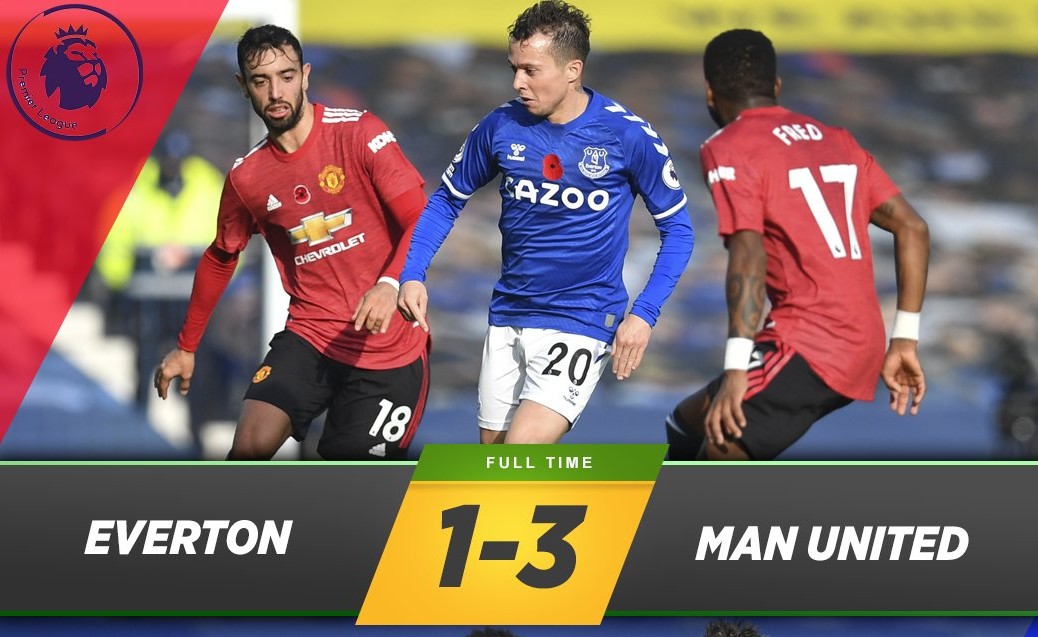 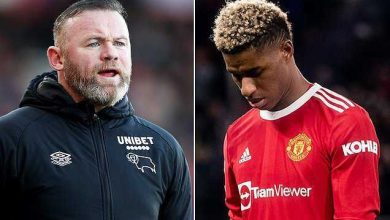