Lacazette and Pablo Mauri both scored as Arsenal beat Rapid Vienna 4-1 with other goals coming from Edward Nketiah and Smith-Rowe, MySportDab reports.

The first half was very easy for the Gunners who cruised through their opponent without getting any reply or disturbance from them. 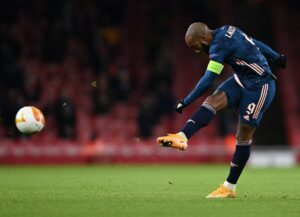 Lacazette gave Arsenal an early lead after scoring in the 10th minute from a superb strike which gave his side a 1-0 lead.

Rapid Vienna couldn’t defend hard enough as Pablo Mari makes it 2-0 after a fantastic finish from the defender.

Edward Nketiah made it 3-0 in the 44 minutes with a stunning strike which saw Arsenal take the advantage into the break against Rapid Vienna.

The second half was more competitive as the away side proved their point by scoring in the game despite being dominated.

Koya Kitagawa pulled one back for Rapid Vienna in the 48th minute to make it 3-1 after a stunning display which saw them break their opponent. 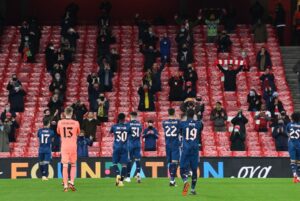 Arsenal scored another goal once again thanks to Smith-Rowe who dispatched the ball neatly past the goalkeeper to make it 4-1 in the 66th minute. 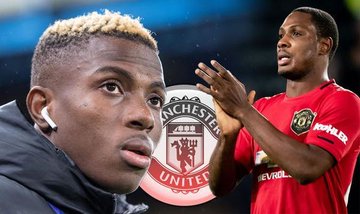