Chelsea boss Frank Lampard has now slammed his players for their poor performance in the 3-1 loss against Arsenal on Saturday, MySportDab reports.

Ahead of the fixture, Chelsea were favorites to win the match due to Arsenal’s recent poor form.

Given Leicester City and Manchester United played out a 2-2 draw, Chelsea had a chance to move up the table.

But the Blues lacked quality in attack as Arsenal showed their real quality.

Chelsea started the match poorly and eventually conceded after Alexandre Lacazette scored from the penalty spot.

Granit Xhaka gave the Gunners a 2-0 lead before half-time with a stunning free-kick. 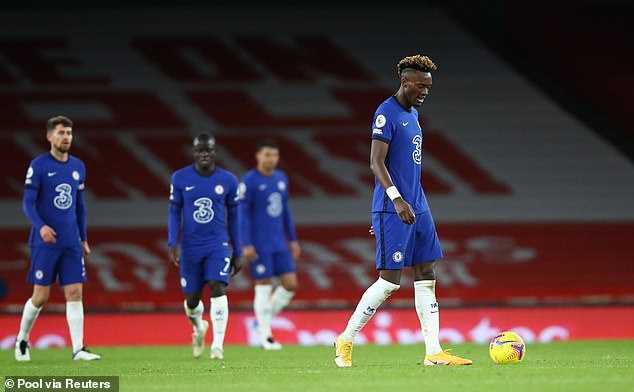 Lampard showed his frustration at half-time by taking off both Timo Werner and and Mateo Kovacic.

But, the new changes in the second half failed to produce much result.

Later on, Bukayo Saka scored a beautiful goal which looked to have sealed the win for Arsenal.

But, Tammy Abraham gave Arsenal fans a big scare late on thanks to a consolation goal before Jorginho missed his penalty in extra time.

However, Frank Lampard has now showed his frustration with his team’s lack of quality from the start.

“In the 2nd half we did better but it was far too late,” he said.

“The first half we were very poor.

“You can’t lack the energy and desire needed in the Premier League and we failed to show anything.

“You can prepare for a long time but showing up like that is another thing.

“If you perform poor in game, many things go against you like Saka’s goal.

“In a different situation we could have scored the penalty and pushed to get a point.”