The centre-back arrived in under Sir Alex Ferguson with great expectation from fans but he has failed to prove his worth at the club.

Jones is still under contract at Manchester United Until 2023 at least.

Now, According to The Sun, Manchester United are demanding a fee about £20m for the defender.

Jones has struggled with injury problems over the years and has played in only eight games over the past one year.

He last played for the Red Devils in an FA Cup match against Tranmere in January and scored in the 6-1 win.

His contract was renewed a year ago, and he earns around £100,000 per week before any added bonus.

Jones’ decline has seen him fall out of place for both club and country at just 28-years-old. 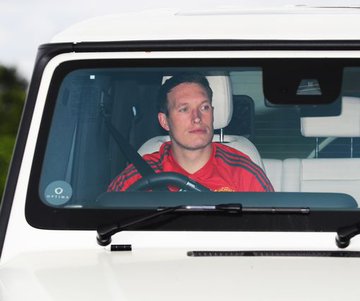 With three years left on his contract at Old Trafford, Jones knows he is financially secured but could try to leave in January.

But, a £20m fee might chase away possible suitors.

United played very hard with AS Roma for Chris Smalling despite the 30-year-old not needed at Old Trafford.

His transfer was later completed minutes before the Italian transfer window closed.

Fulham were said to have shown an interest in the summer and they could try to sign him in January.