The first 45 minutes of the game was a close call with both teams finding the back of the net in the game. 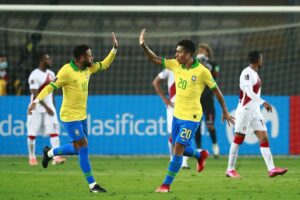 Andre Carrillo scored the first goal of the game to hand Peru a 1-0 lead with just only six minutes gone.

Brazil made it 1-1 in the 28th minute as Neymar scored from the penalty spot to level things in the game.

The game carried on with no goals coming from side as it ended Peru 1-1 Brazil in the first 45 minutes.

The second half of the game was filled with more goals and two red cards for the home side in the encounter.

Renato Tapia made it 2-1 as Peru took the lead in the 59th minutes of the game but Richarlison strike in the 64th minute made it 2-2.

Neymar goal in the 83rd minute gave Brazil a 3-2 lead in the match as the Paris Saint-Germain played converted from the penalty spot.

Carlos Caceda and Zambrano got sent off in quick succession with three minutes as the game was 86 minutes gone. 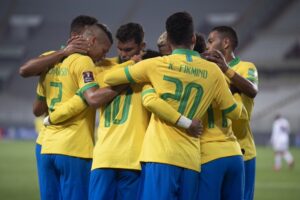 Neymar put the nail on the coffin as he finishes off with a late goal to make it 4-2 for the Samba boys.

The match ended Peru 2-4 Brazil as the away side recorded all three points in their World Cup qualifiers. 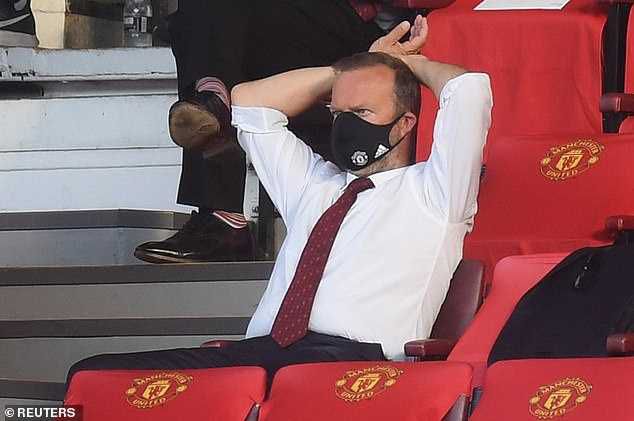