Arsenal captain Aubameyang has finally put pen to paper as he sign 3year contract which will see him remain until 2023, MySportDab reports.

The player has been reported to be ready to leave Arsenal with him wanting to win trophies before he retires. 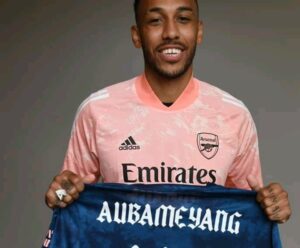 Since the FA Cup final victory for the Gunners, things have turned around as they also lifted the community shield.

It came after they beat Chelsea 2-1 in the FA Cup final and began this season with a 5-4 penalty win against Liverpool.

They also beat Fulham 3-0 in their opening game of the English Premier League season with Aubameyang on target.

“Signing for this special club was never in doubt,” he said.

“It’s thanks to our fans, my team-mates, my family and everybody at this club that I feel like I belong here.

“I believe in Arsenal. We can achieve big things together.

We have something exciting here and I believe the best is to come for Arsenal.”

“Of course, I knew about Arsenal before I arrived,” he added.

“Everybody knows how special this club is. 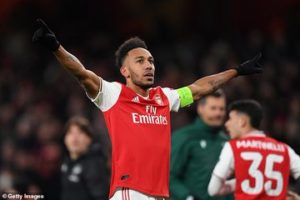 I dream of being one of them, amongst the best and staying in the hearts of the fans forever.

“I want to become an Arsenal legend like Thierry, Wrighty, [Tony] Adams, [Dennis] Bergkamp, too many to mention.

It means so much for me to be the captain of this special club. I want to leave a legacy. This is where I belong.” 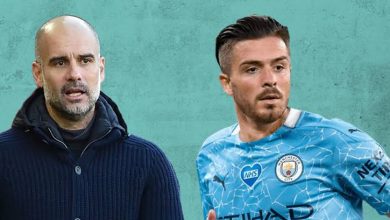 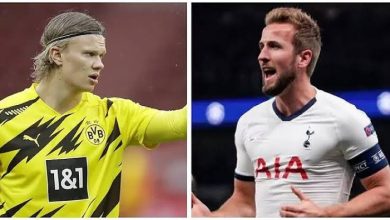 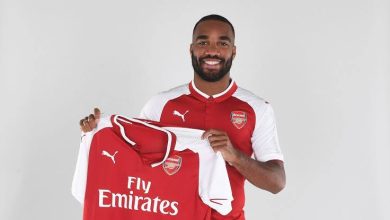