Dean Henderson has made it clear that he is back to play every game for Manchester United which sends a big treat to David de Gea, MySportDab reports.

The England international is ready to overtake the number one position from the Spaniard goalkeeper. 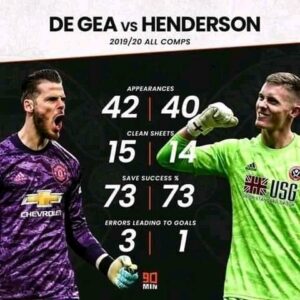 Dean Henderson recently signed five year extension with Man United after being guaranteed of staying for next season.

The number position is now up for grabs between him and fumbling David de Gea who was bad last season.

While Sergio Romero is set to leave after the news of Dean Henderson return with Everton alongside Leeds and Villa heavily interested in him.

The young goalkeeper is willing and to do anything to earn the number one spot come next season.

“The aim is for me to play football next season and I don’t want to be not playing after last season.

Coming off a good season with momentum, it wouldn’t be clever for me to sit around and not play football.

I don’t think that would help any parties at all,” the England international said.

“David de Gea has obviously been a great goalkeeper first and foremost for many years and he’s been phenomenal.

“That’s something I aspire to be, to have a career like him at the club so I’ll be going back in first day of the pre-season working my socks off to get in that starting line-up.”

Henderson went on a series of five loans over five years hoping to get his chance at Old Trafford.

His loan moves have seen him picking up valuable minutes as he’s developed into a full senior international.

Dean Henderson insists that there is only so much he can learn from training. 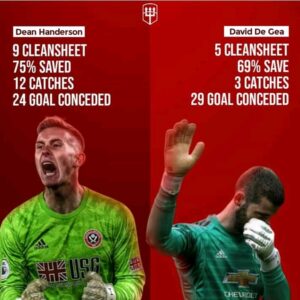 “You can get many things from training, and obviously learn off someone like David and the other goalkeepers and goalkeeper coaches, but I don’t think there’s any substitute for game time,” he said.

“I went out from Man Utd five years ago. I started at Stockport, Grimsby, Shrewsbury and then Sheffield, which shows how much I’ve learned out on my own.

“I’ve picked up experiences that happen in games because they’re situations you don’t really get in training.

I’m under no illusions that I’m not going to improve just sat on the bench. I need that game time.” 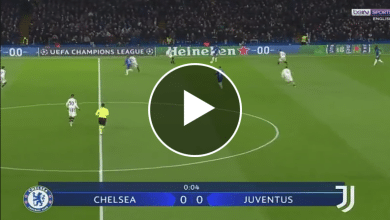 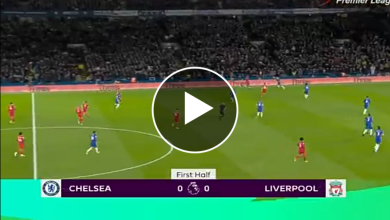