Arsenal cruised to a 4-1 win over over MK Dons in their preseason game as Nketiah and Elneny both scored in the game which saw Holding score own goal, MySportDab reports.

The first 45 minutes of the friendly match provided three goals with both teams hitting targets. 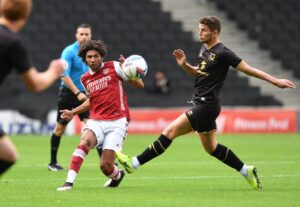 The first goal came in the 4th minutes from Egyptian player Elneny who dispatched neatly to make it 1-0.

The Gunners made it 2-0 from Eddie Nketiah’s stunning goal in the 10th minute of the encounter.

The game progressed with Arsenal controlling play while MK Dons were unable to make anything happen.

Rob Holding error in the 31st minute saw the scoreline cut down to 2-1 as he scored an own goal.

The first half ended in a 2-1 scoreline which saw Mikel Arteta’s side headed for the break with the advantage.

The second half of the encounter provided two goals as the game lighten up with the Gunners prevailing.

It was another one sided display as the match continued where it left off from the first half.

McGuinness made it 3-1 in the 76th minute after he neatly scored from a breakthrough play. 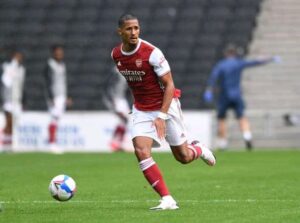 The match slowed down a little bit as both sides were relaxed and just trying to give more players chance to play.

Riess Nelson made it 4-1 from the penalty spot in the 85th minute after the referee awarded from a foul. 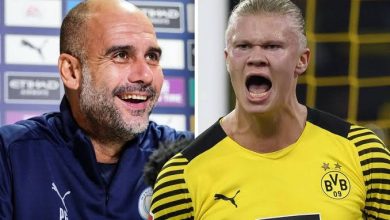 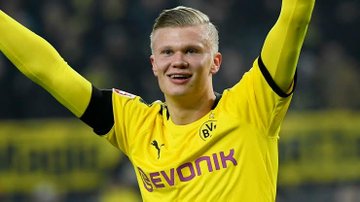 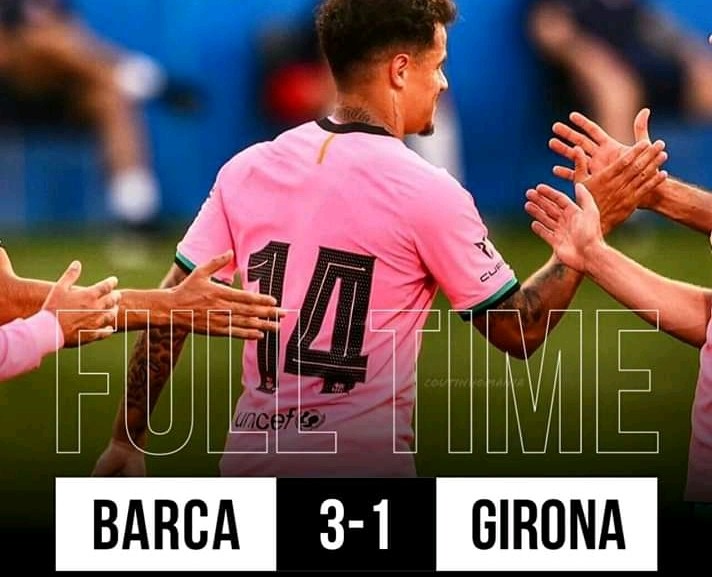