Leeds United Owner Andrea Radrizzani has revealed that trying to sign Zlatan Ibrahimovic will be ‘difficult’ but a deal for Edinson Cavani is possible, MySportDab reports.

Leeds United secured their promotion to the Premier League last weekend after 16 years since their last time in the English top division.

However, Owner Radrizzani appears determined to make a statement on their return to the Premier League.

Having tried to 38-year-old Swedish striker Ibrahimovic back in January, he joined AC Milan instead and Leeds may now try again. 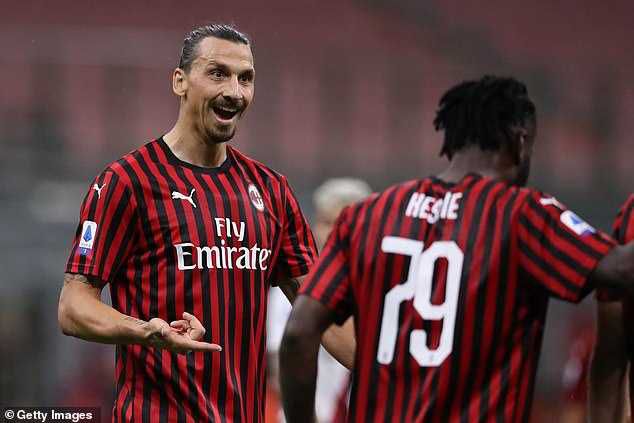 ‘Ibrahimovic will be difficult,’ he said.

‘We tried to sign Zlatan in January, but he signed for Milan and the deal closed.

Ibrahimovic performed well in the Premier League with Manchester United, and scored 29 goals in 53 games across all competitions in 2016 and 2017.

He has scored six goals in 16 matches for Milan since his return this season but could still leave.

But, Leeds Owner Radrizzani is more hopeful of convincing another striker, 33-year-old Edinson Cavani to sign for them.

‘Plus his quality, Cavani could provide us with his physicality and adapt more, but I’ve spoken about him with the coach Bielsa,’ Radrizzani said.

‘We’ve thought about him and we’ll see what happens, given he will be available for a free transfer.’

Edinson Cavani has struggled for game time during this season at Paris Saint-Germain after being replaced with Mauro Icardi.

"We’ve certainly thought about him and we’ll see, he’s still available on a free.” pic.twitter.com/DbjIXkSJjI

Paris Saint-Germain have already confirmed that the Uruguay international will leave at the end of the season.

Leeds United conclude their 2019-20 Championship season with a home matches against Charlton on Wednesday night and will be awarded the trophy.