Sancho has been linked with a £100m Exit from Dortmund to Manchester United this summer, while Chelsea are also interested.

And According to Spanish Newspaper AS, Real Madrid have entered the race to sign the 20-year-old, but they are hoping that other clubs would not sign him this summer. The Spanish Newspaper frontpage headline on Wednesday says: ‘Watch out for Sancho.’

MySportDab understands that Real Madrid cannot afford to spend £100m on Jadon Sancho this summer but the England youngster is surely on their radar.

Sancho has impressed everyone again this season with an 17 goals and 17 assists in 27 Bundesliga matches for Borussia Dortmund.

He also recently scored his first ever career hat-trick in the 6-1 win against Paderborn.

Since Cristiano Ronaldo’s exit from Real Madrid in 2018, Los Blancos’ attack has failed to turn up with goals as expected with the likes of Luka Jovic and Gareth Bale not performing as expected.

Real signed Eden Hazard in the summer from Chelsea but he’s suffered a difficult time with injury issues and Vinicius Jr has developed very well to replace him in the first team.

Sancho is one of the most wanted players in world football after three years in Germany. He scored 12 times and provided 17 assists in 34 league games last season for Dortmund.

The former Manchester City academy player has established himself as one of the Bundesliga’s best players. 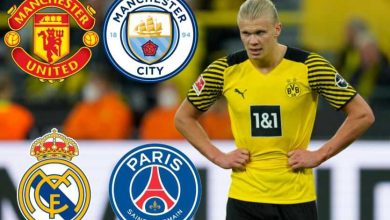