Bayern Munich eased past Wolfsburg away from home in a 4-0 scoreline which saw Robert Lewandowski scored alongside Mueller, MySportDab reports.

In the first half, they could only manage to get in two goals which were scored by Kingsley Coman and Cuisance.

The game began with Bayern taking full control of proceedings with them going close to score but the effort was wide. 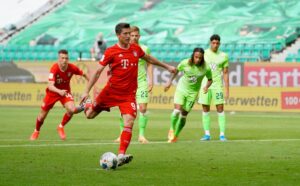 Coman got the first goal with just four minutes played thanks to assistance from Thomas Mueller.

Cuisance got the second goal in the 37th minute with Coman making the assist this time around.

The first 45 minutes ended in favour of Bayern Munich who deserved to have scored many more goals.

The second provided two goals for Bayern and a red card for Wolfsburg player in the 66th minute.

Guilavogui got sent off for Wolfsburg after a quick succession of yellow cards which saw them reduced to 10 men. 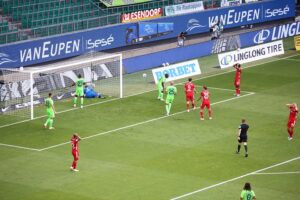 Robert Lewandowski stepped up and convert from the penalty spot to make it 3-0 in favour of Bayern.

Mueller got the fourth and final goal for his side after converting in the 79th minute of the game.

It was just another brilliant performance from the league champion who looks unstoppable and unbeatable. 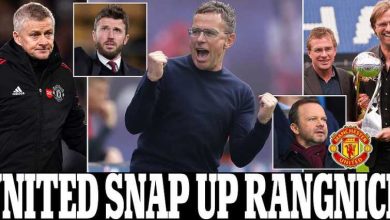 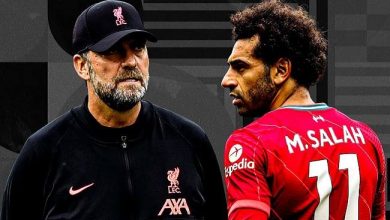